This is a positive development for the migrant community across the Limpopo after South Africa introduced new regulations that said children born to migrants would become irregular even if born to documented parents meaning they would face difficulties in school admission.

Zimbabwe is one of the African countries with a high number of undocumented migrants living in South Africa whose children also face difficulties in enrolling in schools.

Last year, the African Diaspora Forum (ADF), an umbrella body representing African migrant communities living in South Africa, raised alarm and planned to meet government officials to discuss ways in which migrants without proper documentation could be absorbed into the education system in that country.

In April 4, 2019, Minister Motshekga responded in a letter seen by CITE and said the DBE has written a circular to all provinces directing that all learners irrespective of their citizenship status should not be denied admission to any public school.

“The DBE is cognisant of the concerns raised in your correspondence around issues of school going age learners unable to attend school due to issues of lack of proper documentation,” she said.

“Paragraph 15 of the admission policy empowers the school to admit a learner conditionally who is unable to submit a birth certificate until copy of the birth certificate is obtained from the nearest offices of the Department of Home Affairs.

“The parents must ensure that the admission of the learner is finalised within three months. Paragraph 15 of the admission policy does not in any way prohibit the admission of any learner to public schools on the basis of being unable to produce proper documentation at such schools.”

“Based on the above, the DBE has put in place an interim measure to ensure that no leaner without proper documentation is refused admission to a public school. The DBE has written a circular to all provinces directing that all learners irrespective of their citizenship status should not be denied admission to any public school,” she noted.

Commenting on this move, Dr Sibanda this was good news for the migrant community and was already working in preparation for the implementation.

“We’re excited and we know we will face challenges come implementation stage but we are glad the South African government has reconsidered its position and realise that it is important for migrant children in the country to be accorded an education as stated in the country’s and other child related legislation,” he said.

The ADF chairperson added that the organisation was already engaging schools on this development.

“We acknowledge we will face difficulties as there are some schools that will saying they have not received this communication from the DBE but we will continue engaging,” Dr Sibanda summed.

Op-Ed: How Zanu came into existence 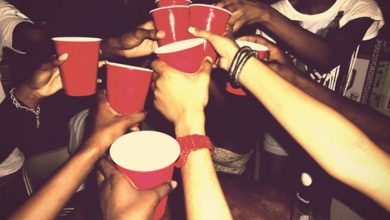