THE country`s largest worker representative body, the Apex Council, has notified government about its intentions to down tools in the next 14 days, if government does not attend to their grievances.

This move would most likely result in total shutdown and bring production to a standstill.

“The Apex Council representing the entire civil service hereby serve notice of collective job action within the next 14 days from the date of this letter,” she said in a statement.

In the wake of such reports, MDC Alliance said government and the country had to brace for more labour unrest as long as the civil servants`s concerns were not addressed.

Professor Welshman Ncube, a principal in the MDC Alliance told CITE that if authorities insisted on keeping the surrogate currency – bond notes, the country would be confronted by a deep economic, social and political crisis, with no positive end in sight.

“It’s as if we have no government or we have a government without any serious policy intervention on any of the core policy issues which confront the country whether economic, social or political arena. We are basically on autopilot,” he said.

“The state the government is basically doing nothing unless you call attempts to squeeze more money from the people through grossly cruel and unfair electronic transaction tax of two percent as evidence that they are doing something”.

The former industry and commerce minister noted that the economy is on free-fall, whose primary cause, predicted two years ago was the introduction of the bond notes, which have led to inflation.

“Inflation is principally caused by the existence of the bond notes. During the years that we had a proper multi-currency system, the basket of the multi-currency you don’t have labour unrest because you didn’t have the inflationary pressures which inevitably lead to labour unrest.

“Bond notes will never equal the US dollar and when you have you have the inflation, you will have labour unrest and now that labour unrest will continue,” he said.

He argued nothing productive is going on in the business sector as companies were unable to produce, a factor triggered by the bond notes.

“Whatever this government thinks it benefits by having bond notes, it cannot make up for the myriad of problems that it creates. Now you have to go back to an old archaic system of allocating foreign currency for Delta (Beverages) to produce or for any entity that relies on production.  But what the government is doing is to retrieve more money from the ordinary person on the streets in order to continue to fund the prolificacy of this government it takes a lot of stupidity to squander over $2 billion in less than 11 months.”

Adding his voice to the national economic crisis, ZAPU National Spokesperson, Iphithule Maphosa said the government was showing arrogance instead of listening to workers` pleas.

He noted it was ‘dangerously naive of the junta government’ to think the impasse between workers would be solved in the casual approach that has been employed since the strike began.

“The government should disembark from their high horses and meet the doctors’ demands and spare us the vitriol from praise singing charlatans such as Nick Mangwana who failed to earn a decent living in UK and joined the looting bandwagon in government.

“It is pure arrogance for government to label doctors, grievances as frivolous and politically motivated because all their grievances are as valid and as important as patients’ welfare. Demand for adequately equipped hospitals, adequate supplies of drugs and decent remuneration has nothing to do with politics,” Maphosa claimed.

Striking doctors have resolved to press on with their job boycott after rejecting an offer from the government to return to work, their unions said.

The doctors’ strike has hit more than 40 days although some reported for work at public hospitals after the government announced a deal, which however contained no salary increases or a commitment to pay its employees in US dollars as demanded.

Teachers’ unions said their members will report for duty twice a week until government resolves their grievances. 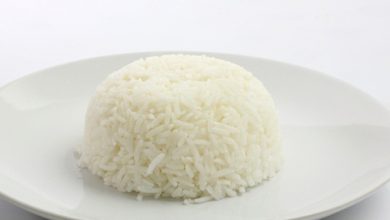 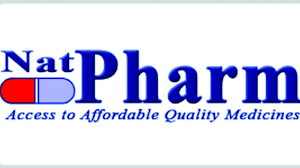