The role of the church in Zimbabwe`s politics has come under the spotlight in the face of a deepening political and economic crisis that has remained unresolved for years.

The situation in Zimbabwe since last year’s disputed polls has been deteriorating while efforts to bring together two major political parties – the ruling ZANU-PF and the opposition MDC – to a discussion table have hit a snag.

Of late churches have been seen to be trying to make their contributions towards improving for the better, the Zimbabwean crisis which has become untenable.

Some of the outcomes of their indaba included the 48-hour moratorium for the dismissed doctors to return to work without reapplying or being asked questions.

Just on Monday, another group of church leaders, under the banner of Inter-Denominational Churches met the President and Vice Presidents at State House again, where they discussed the political situation in Zimbabwe.

It, however, remains to be seen if the intervention of the churches would help bring about the much-awaited change in the livelihoods of Zimbabweans who have endured economic hardships for two decades now.

In October however, Zimbabweans rejected proposals by the Zimbabwe Heads of Christian Denominations (ZHOCD) to have a seven-year sabbatical on elections, for fixing the economy, on the grounds that the issue was unconstitutional.

Political analyst, Methuseli Moyo, said the role of churches in the country’s political crisis should not be underestimated.

“Churches are part of society, and have always been involved in our politics, from pre-colonisation, to colonisation, and even in the fight against colonisation,” he told CITE.

“There is a crisis in the country, which needs to be resolved. In my view, churches are qualified to assist in mediation.”

Asked if anything positive could be achieved as a result of the intervention by churches, Moyo had this to say: “Any process can only be positive if all the players are genuine and committed. President Mnangagwa has always insisted willingness to talk to all players within the POLAD (Political Actors Dialogue) arrangement. MDC has been making demands for an exclusive process.”

He added: “Politics must be inclusive in my view. Let everything be resolved for the good of all, not just so-called bigger parties.”

Another political analyst, Khanyile Mlotshwa, said he was of the belief that churches were part of the civil society and therefore expected them to play the role that is played by the civil society.

He however said the facilitation of churches should start at local level where they can bring together citizens and their councillors and legislators to dialogue before moving to the highest office in the land.

“The tragedy of Zimbabwe is a political tragedy and it is mostly the crisis of representation,” said Mlotshwa.

“Councillors and MPs don’t tell each other the truth and they don’t tell the President the truth. They claim to represent people but are motivated by careerism and their own interests. The church can help a lot by coming up with an arrangement that dismantles this crisis of representation.”

Regrettably, however, Mlotshwa said what the churches were doing had been done and failed to bring any results in the past 19 years since the Zimbabwean crisis started at the turn of the century.

“What they (churches) are doing risks becoming another talk show just like what Mnangagwa is having with dozens of smaller parties,” he argued.

“We don’t need to go far, the kind of engagement that the churches are purportedly involved in failed spectacularly with the doctors last week. Why? Because they had not spoken to the doctors but went on to negotiate on behalf of the doctors, who rejected whatever they had negotiated with the President.” 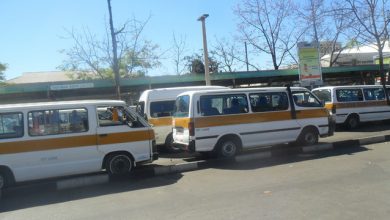