Today marks exactly 127 years since King Lobengula’s Imbizo Regiment under the command of General Mtshana Khumalo defeated the colonialist Allan Wilson Patrol at the Battle of Pupu on December 4 in 1893 when the first shots of resistance against colonialism were fired in Zimbabwe.

The day is very significant in history as it marked the end of one of Southern Africa’s strongest monarchies – the Ndebele Monarchy.

After occupying Mashonaland in 1890 in search of gold and other minerals, the British learnt that more of the yellow metal was in Matabeleland and then made plans to occupy King Lobengula’s territory.

However, the occupation of Matabeleland was not a stroll in the park for the colonisers as it was met with strong resistance from King Lobengula.

King Lobengula’s regiments encountered the colonialists at Lalaphansi in the Midlands as they advanced to Matabeleland.

The Insukamini Regiment under the command of Manondwane Tshabalala engaged the invaders on 25 October 1893 at Bhonko where the Harare-Bulawayo Road crosses Shangani River, but was defeated.

As the invaders were proceeding to Bulawayo, the Imbizo Regiment not pleased with the Insukamini’s performance, went ahead to engage the enemy at Gadade in Mbembesi on 2 November 1893.

The regiment was led by Mtshana Khumalo, who has since been declared a national hero.

On account of weapons that did not match those used by the colonisers, the Ndebele lost the battle although there were few survivors.

Upon getting the news of the outcome of the Gadade battle, the King abandoned Bulawayo heading north as it was clear the enemy would come and capture him.

He ordered Sivalo Mahlangu to burn down his capital town.

Many regiments, including General Mtshana’s Imbizo travelled north with the King.

It was on 4 November 1893 when the invading forces arrived in Bulawayo and found it burning and occupied it marking the setting of sun of the Ndebele Kingdom.

Determined to capture the King, the white settlers set up a pursuing party under the command of Major Patrick Forbes.

Also in the in the patrol which duly set off to catch up and capture the King, was Major Allan Wilson.

It was at Pupu, in Lupane, where General Mtshana rallied the Ndebele forces leading to the wiping-out of the 34-strong party in which it is believed there was no survivor.

The whereabouts of King Lobengula were never known after that incident, which ended his 24 year rule.

Historians believe that King Lobengula passed through Pashu in Binga before crossing the Zambezi River to Zambia.

To this day, the grave of the Ndebele monarch remains unknown, although he is believed to have died around January 1894.

“You will also acknowledge the fact that the battle of Pupu and Gadade marked the beginning of Mthwakazi invasion as well as the first genocide against our people hence even the 1893 Restoration agenda narrative cannot be complete without the acknowledgement of General Mtshana Khumalo and this particular battle,” said Mbonisi Gumbo of the Mthwakazi Republic Party (MRP).

“We notice that for a long time now the government of Zimbabwe has been busy doing the best they can to undermine the efforts that have been done by Matabeleland people since 1893 to date. Of course we notice that the government have now recognized General Mtshana Khumalo but it’s not enough.”

He said if the government was sincere with recognising General Mtshana as a national hero, Zimbabwe’s history should be re-written with the Khumalo Kingship being recognised. 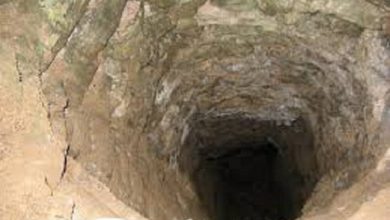 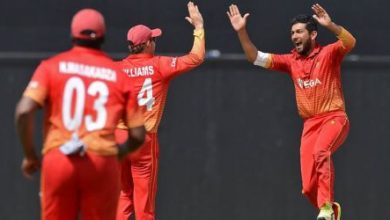