In separate interviews with CITE commuters reiterated that the bus company was not consistent in temperature checks and sanitising passengers.

“We are grateful that we no longer have to queue for long. Prior to this declaration we were waiting for as long as five hours in the queue. However, we hope the buses will enforce that whenever passengers board, all windows be opened so that there can be maximum circulation of air inside,” said Maud Tarara a passenger.

Another passenger, Bruce Ncube, said although the carrying capacity was reviewed upwards, there was still need for more buses.

“Some passengers leave their homes as early as 4am to go and queue. The demand is still higher than the supply. We are in the winter season and it is usually dark for long hours. Passengers risk being mugged as they wait in the dark for buses to come,” he said.

Ncube added there was a need for ZUPCO operators to consistently make use of sanitisers in buses considering they now ferry over 50 people which is against the lockdown restrictions.

“The areas at which we board now are prone to robbers. The city centre was quite better. These days it quickly gets dark and we will be at risk of losing our belongings to thieves,” Ntombiyosizi Ndlovu said.

In a statement this week, Bulawayo City Council said buses which ply the eastern and northern areas of the city are to use Robert Gabriel Mugabe Way (Airport road) Matopos, Burnside Road, Old Esigodini, Harare and Gwanda roads will use City Hall Terminus.

Herbert Chitepo Street/10th Avenue has been identified as a designated place where commuters from the southern and western areas and those using Plumtree and Khami roads will be picked and dropped. 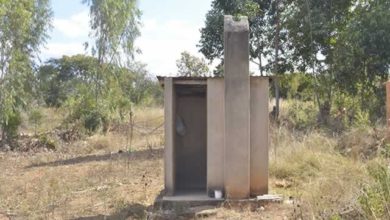