Two men from Old Pumula in Bulawayo allegedly caused the death of a 44-year-old man also from the same suburb after they assaulted him for refusing to give them Mopani worms.

The deceased has been identified as Khumbula Homes Zulu while the accused persons were identified using their aliases Rey and Tho, both of number B5313 Old Pumula and are on the run.

According to a police report, Zulu left home on January 25 around 1pm going to Old Pumula shops to buy Mopani worms.

Whilst at the shopping centre, Zulu was approached by the two accused persons who asked for some mopani worms but he refused to give them and a misunderstanding arose that led to a fist fight.

Bulawayo Provincial police spokesperson, Inspector Abednico Ncube confirmed the incident saying they are appealing to members of the public with information leading to the arrest of the two accused persons.

“After the fist fight, Khumbula Homes Zulu bought some hot stuff known as stallion and went to a rocky bushy area in Pumula Old, Bulawayo where he started drinking,” said Inspector Ncube.

He said Zulu later proceeded to his friend Freedom Dube’s house  around 6pm and narrated his ordeal to him.

“He also complained of hunger and was having difficulties in breathing. Freedom Dube gave him sadza and mopani worms but he failed to eat. He then offered him a place to sleep.

“On 26 January 2021 around 0800hours, Dube woke him up and discovered that he was still having difficulties in breathing and sputum was coming from his mouth,” said Insp Ncube.

Dube then informed Zulu’s mother Rodha Zulu about his son’s condition but she initially brushed it aside.

When Zulu`s condition worsened, an ambulance was summoned and ferried him to Mpilo Hospital where he later died around 2pm before admission.

“On 27 January 2021 around 0800hours, ZRP Pumula received a phone call from ZRP Mpilo post advising that Khumbula Homes Zulu had died. ZRP Pumula and CID homicide attended the scene and no arrest was made. Observations at the scene were that Khumbu Homes Zulu had a swollen mouth and no visible injuries were observed. Investigations are in progress,” he said.

The police spokesperson said they would like to appeal to members of the public to desist from engaging in unnecessary quarrels and fights as it can lead to death as witnessed by this incident. 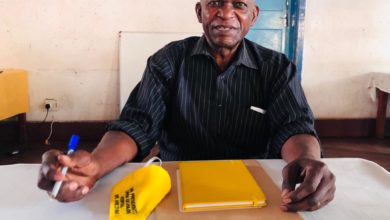