The government has challenged the country’s 10 provinces to work with the national trade and export promotion body – ZimTrade – in growing provincial economies.

This comes at a time when Matabeleland North province and Namibia’s Omaheke region have agreed to co-operate in at least eight sectors with agreements set to be signed before the end of the year.

The Namibian delegation was in the province in September to explore existing business opportunities.

Addressing captains of industry and commerce at the recent ZimTrade Exporters Conference in Bulawayo, President Emmerson Mnangagwa challenged provincial ministers to work closely with ZimTrade in the promotion of trade and exports.

“Provinces must identify and take responsibility for economic activities in their regions to ensure everyone participates in growing our exports and the economy at large,” said President Mnangagwa.

“In this regard, provincial ministers are urged to tap into ZimTrade competencies in the development and promotion of their export initiatives.”

“Let us also set export targets for our companies, districts, and provinces to increase our country’s foreign currency earnings,” added the President.

“My ministry will work closely with ZimTrade to drive exports from the region and be a key player in energising Zimbabwe’s exports growth,” she said.

Provincial economies have the potential to thrive and bring back the country’s economy on its rails should devolution of power be properly implemented. 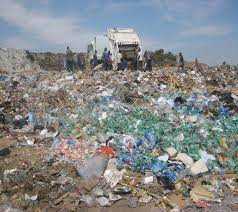