Global Monkeypox cases have risen by 20 percent over the past week spreading to 92 countries and territories across the world, the World Health Organisation (WHO) announced yesterday.

Briefing the media Wednesday, WHO director-general, Dr Tedros Adhanom Ghebreyesus, said almost all cases are being reported from Europe and the Americas.

“More than 35,000 cases of monkeypox have now been reported to WHO, from 92 countries and territories, with 12 deaths,” said Ghebreyesus.

“Almost 7,500 cases were reported last week, a 20% increase over the previous week, which was also 20% more than the week before. Almost all cases are being reported from Europe and the Americas, and almost all cases continue to be reported among men who have sex with men, underscoring the importance for all countries to design and deliver services and information tailored to these communities that protect health, human rights and dignity.”

The primary focus for all countries, Ghebreyesus said, should be ensuring they are ready for monkeypox, and to stop transmission using effective public health tools, including enhanced disease surveillance, careful contact tracing, tailored risk communication and community engagement, and risk reduction measures.

“Vaccines may also play an important part in controlling the outbreak, and in many countries there is high demand for vaccines from the affected communities,” said the WHO chief.

“However, for the moment, supplies of vaccines, and data about their effectiveness, are limited, although we are starting to receive data from some countries.

WHO has been in close contact with the manufacturers of vaccines, and with countries and organizations who are willing to share doses.”

He added: “We remain concerned that the inequitable access to vaccines we saw during the COVID-19 pandemic will be repeated, and that the poorest will continue to be left behind. As we announced last week, a meeting of experts convened by WHO has agreed to rename the two known clades of monkeypox virus using Roman numerals. The clade formerly known as the Congo Basin or Central African clade will now be referred to as clade I, while the West African clade will be called clade II.

Work on renaming the disease and the virus is ongoing. 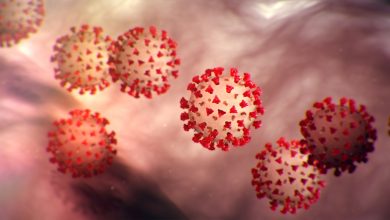