A 31-year-old man from Luveve suburb in Bulawayo who was shot and injured while attempting to disarm a police officer during the January protests has been sentenced to four years in prison.

He said Dube’s conduct was more than that of an agitated citizen who was demonstrating but more of a criminal.

“These January protests brought the country to a halt and it was brought to disrepute before the international community.

“A police officer was killed, property was destructed, businesses were destroyed. Although police officers on the day fired warning shots, the accused person kept on advancing,” said Tashaya.

“There’s no room for community service for such an offence. No matter the level of anger you exhibited on the day, you should have respected the law,” the magistrate said.

Dube, through his lawyer, Jabulani Mhlanga of Zimbabwe Lawyers for Human Rights (ZLHR) pleaded with the court in mitigation that he was a first offender, who must be treated with leniency.

Mhlanga said Dube is a single father and a breadwinner who is self-employed as a plumber and a prison sentence would mean his minor child would suffer.

“Accused person was incarcerated for 3 months pending trial and was later granted bail. The incarceration period was at the fault of the State as it took long to compile evidence against him,” said Mhlanga.

“We would have prayed for the option of a fine but as stated he is self-employed as a plumber, he does not have much money and he still has to foot medical bills for the injuries he sustained,” he said.

“We, therefore, pray that the court considers a warned and cautioned sentence but however if there be need, the accused person is prepared to perform community service at Imbizo Primary School,” said Mhlanga.

The State, through its representative Leonard Chile, argued that the offence is grave and as such community service or warning and cautioning would trivialise it.

“The accused person was trying to disarm a police officer and no one knows what he could have done had he succeeded. Considering the period at which the offence was committed, many business people lost their property because of such conduct. The only befitting sentence is effective incarceration,” said Chile.

In his defence, Dube had told the court he happened to be at the crime scene only because he wanted to light a cigarette and talk to some friends who were near the supermarket.

“I was very unlucky to be at Choppies Supermarket during a time when these demonstrations were happening. I only passed by the supermarket with the intention to light a cigarette and chat with some of my friends who were close by,” he said.

The State had alleged that on January 15 at around 1 PM, Dube, together with a group of other accomplices were demonstrating in front of Choppies Supermarket in Luveve suburb.

The group allegedly started throwing stones at police officers who were guarding the supermarket.

“The police officers then fired one warning shot in the air and the violent crowd dispersed,” said Prosecutor Chile.

The accused person then stuffed them with papers that were scattered on the ground intending to set them alight.

Chile said police officers ordered him to leave the supermarket and not set it on fire but he refused and called for backup from some of his accomplices.

The crowd then approached police officers pelting them with stones.

“One of the police officers fired three warning shots into the air but the accused person continued to move towards him and tried to take away the firearm but he failed to do so,” said Chile.

He said a struggle ensued between the two until the police officer gained full control of the firearm and shot Dube on the thigh.

The crowd then retreated and police officers managed to escape.

The prosecutor said on January 23, police officers received information that Dube was admitted to Mpilo Central Hospital as a result of the injury he had sustained from the gunshot. 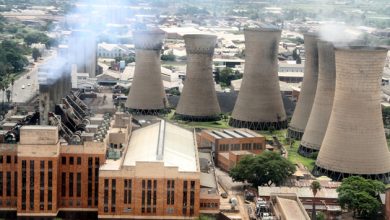