Government has been implored to revise its electricity tariffs to reflect the operational costs incurred by the power producers.

The call was made by the general manager of Zimbabwe Zhongxin Electric Energy (ZZEE), Shiwei Wang during a briefing yesterday with the minister of Energy and Power Development, Soda Zhemu who complained about the low electricity tariffs in the country.

The concerns by the Hwange based company over low tariffs join those of Zimbabwe Power Company (ZPC) which has been calling for a review of tariffs which it argued were not sustainable.

The country is currently battling electricity shortage and the power projects currently underway are seen as a game-changer in addressing the perennial blackouts and increased demand.

ZZEE said it had achieved 99 percent completion of its 50MW thermal power plant under its first phase.

“We can say under the first phase of construction of a 2X25MW plant we are now at 99 percent as most of the key power generation components such as the turbines and boilers were done. What’s left now is the substation as we have also completed the transmission line.”

Zhemu commended the progress made by the company arguing that government welcoming such investments that were meant to address the power challenges faced by the country.

“This is the first privately owned company to produce electricity in the country as all power stations are owned by government. So as government we are excited about what the development. We are grateful about the project and we have seen that there are progressing very well. As you may be aware we are grappling with power shortage and such an investment will go a long way in addressing that. We are now expectant of the commissioning of the power station.”

He added that government would look into the issues raised by the company arguing the introduction of incentives such as tax breaks and zero duty on imports amongst others as a cost-recovery measure.

The company said though some components for the substation and transmission line were still to be delivered it was confident of meeting its September target of feeding 50MW into the national grid.

“Though we have faced some challenges here and there we are still confident that we will meet our deadlines. We expect to commission 50MW into the grid in September this year then followed by 25MW by October. We had a few challenges in terms of meeting ZETDC requirements something that we are addressing now. Otherwise, the timeline is still workable.”

A trial run is expected to be done by ZETDC in the next two weeks with the construction of the new 25km 33kv transmission line linking the power station with the ZPC one complete. The minister also toured a solar project in Mabale under Hwange district. 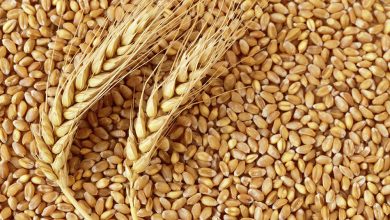