Police officers manning a security checkpoint along the Victoria Falls road on Saturday intercepted a vehicle which had been stolen in Bulawayo’s city centre earlier that day before the suspect fled on foot.

Bulawayo police spokesperson Inspector Abednico Ncube said the vehicle, a Honda Fit worth US$3000 was recovered.

According to the police, the vehicle owner was hired by an unnamed man to take him to his place of residence in Sauerstown.

“During their ride, the accused person made further arrangements that the complainant should pick him up the following day,” said Inspector Ncube.

He said on the following day at around 8 am the complainant picked up the accused person as per their agreement.

“They drove to Bulawayo City Centre and parked at corner 3rd avenue and J. M Nkomo Street, Bulawayo where the accused person claimed he wanted to meet his boss before proceeding to Nkenyane,” he said.

Inspector Ncube said the complainant later made a police report.

“On the same day police manning a roadblock along Victoria Falls road stopped the accused person for traffic checks and the police were suspicious of the driving conduct of the accused person. The accused was ordered to step out of his car and he got a chance to flee,” he said.

The police spokesperson said members of the public should desist from leaving their motor vehicles in the care of strangers.

“We also encourage members of the public to cooperate with the police at roadblock sites,” said Inspector Ncube. 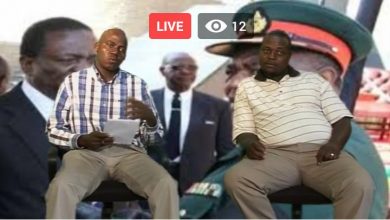