Police in Hwange have reportedly arrested the vice-chairperson of the Dinde Residents Association following skirmishes that took place on Wednesday in Dinde.

About 60 villagers confronted Beifer Investment employees after they pitched their tent in the area before chasing them from the site.

The villagers are locked in a protracted standoff with the Chinese company following a proposed coal mining project which is likely to displace about 600 households.

Never Tshuma, a villager who is the vice-chairperson of Dinde Residents Association was detained yesterday afternoon by Hwange police after they had summoned him and others following Wednesday’s incident.

The development comes as Beifer Investment moved on site yesterday to begin its exploration operations of coal in the disputed area.

Machinery such as drilling rigs started moving into Katambe village as the Chinese company moved ahead with its plans despite growing contestation from villagers.

Though Matebeleland North provincial police spokesperson, Inspector Glory Banda could not be reached for comment, Greater Whange Residents Association (GWRT) confirmed Tshuma’s arrest arguing there was a need for stakeholder engagement towards solving the Dinde issue.

It is not yet clear the charge Tshuma is being held for but police sources told CITE that a charge of incitement of violence could be preferred against the vocal villager.

“He is being held for his role in what happened in Dinde on Wednesday the blocking of the Chinese investor from working. So the authorities will be charging him with inciting villagers to violence. He is said to be the one behind mobilising villagers who besieged the site where the company had pitched a tent. So he will likely appear in court today, ” said the source.

The development which has further enraged the Dinde is however being interpreted by villagers as a move meant to silence them into accepting the coal mining project which they vowed to block.

“This arrest has to be condemned why arrest a person for opposing a project that we all see is going to bring ruin to our community. This move to intimidate and cower us into accepting a project we have been denying through arresting our representatives is uncalled for and will not change our minds. As the people of Dinde, we spoke with one voice a record which the minister of state has that we don’t want this project anywhere near our land. It’s unfortunate that certain business interests don’t care about our livelihoods. This project is going to result in forced relocation, pollution, defilement of our sacred historical sites and other negative impacts, ” said one villager who refused to be named for fear of reprisals.

Meanwhile, the Centre for Natural Resources Governance (CNRG) condemned the arrest describing it as an attempt to stifle citizen rights on the management of local resources.

“Never Tshuma’s arrest is an attempt by the state to muzzle the community’s constitutionally guaranteed rights to be involved in the management of resources found in their area. Section 13(2) of the Constitution of Zimbabwe provides for people to be involved in the formulation and implementation of development plans and programs that affect them. There is no need to criminalize people’s defence of their land rights, ” said Simiso Mlevu the organization’s public relations officer.

The impasse which began in 2019 recently saw the government intervening to encourage villagers to accept the project.

Villagers contend that the project will impact them negatively arguing that it would lead to forced relocation, environmental degradation, pollution, desecration of culture and heritage sites, loss of grazing lands and fields amongst other things.

They are also challenging the environmental impact assessment which they describe as dubious arguing that they were never consulted as is required by law. Beifer Investment claimed that they received a Special Grant to explore coal in the area covering 470 000ha.

All hell broke loose on Wednesday when the company moved into the area to begin operation leading to clashes with villagers who demanded their removal from their area.

At the time of publishing, Tshuma was reportedly still in police custody with a lawyer having been dispatched to offer legal assistance. 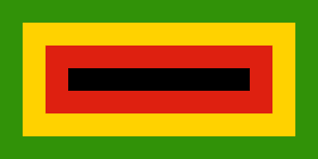 Calls for Mutsvangwa to step down over ‘righteous Ndebele minority’ slur 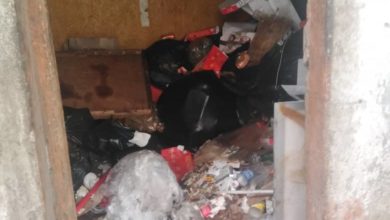