Police in Bulawayo have said companies and schools can use own transport as long as their vehicles are properly documented and have gone through all registration processes, backtracking on previous sentiments that organisations must register staff buses with the Zimbabwe United Passenger Company (ZUPCO).

This “clarity” comes after the public raised complaints after that police order last week, who said ZUPCO is the sole public transporter, as directed by the government under Covid-19 measures.

“In enforcing the government’s Covid-19 regulations on transporters, the Zimbabwe Republic Police (ZRP) will make sure that company and school vehicles, which have the requisite documents, proof of ownership and all relevant registration processes are allowed passage at roadblocks and checkpoints.”

“ZRP wishes to set the record straight on the use of company and school owned buses to carry stuff and pupils throughout the country. This clarity will also assist to correct the statement being attributed to the Bulawayo Provincial spokesperson which recently went viral on social media.”

Inspector Ncube added that companies and schools which intend to hire kombis and buses, that are not under the ZUPCO franchise should first seek clearance from the relevant ministry and ZUPCO.

“This will assist law enforcement officers in the maintenance of law and order on the roads,” he said, noting that public vehicles would also assist in tracking traffic related crimes which had increased of late.

However, the police spokesperson warned that ZRP would only impound public service vehicles such as kombis and buses, which carry passengers but are not registered under the ZUPCO franchise.

“Police officers are fully aware of this position. Pirate taxis will be impounded and there is no going back on the stance for public health,” he said.

Meanwhile, Inspector Ncube, said since January 2021 to date, a total of 167 062 people have been arrested for not wearing face masks.

“We urge the public to comply with the government’s Covid-19 regulations,” he said. 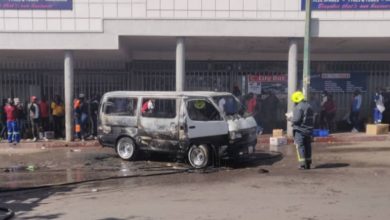