A 20-year-old Bulawayo woman who was hospitalised in January after sustaining broken arms and legs while being assaulted by Nkulumane police for allegedly trying to escape from the cells is set to undergo surgery on her hand.

Lynette Langa was arrested on Christmas Day last year for allegedly stealing her boyfriend’s phone following an altercation between the two.

She is back in hospital and will be operated on her hand which continues to give her problems.

When a CITE news crew visited her in January she had had fresh stitches on one hand while the other hand which was visibly swollen was supported by a sling.

She also had a deep cut on the leg which she said the doctor failed to stitch together.

After she was arrested, Langa claimed she was taken to Nkulumane police station. The officers who had arrested her were furious that she had tried to evade arrest and they assaulted her.

“They came to the cell where I was being held and one officer started assaulting me using a plank. I knelt down trying to shield myself from the beatings but he went for my legs. The other officer tried to stop him from assaulting me but he continued. I was three months pregnant, I started bleeding and I had a miscarriage,” she said then.

Langa said she lost consciousness and the police officers tried to resuscitate her and when they failed, they allegedly dumped her in a bush between Nkulumane and Pumula thinking she was dead.

She was picked up by some passerby who took her home and later taken to Mpilo Central Hospital for treatment. 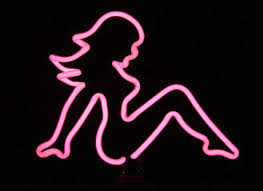