Youths living with disabilities in Bulawayo say they are not involved in youth programmes spearheaded by the government.

Making contributions during a provincial National Youth Policy consultative stakeholders meeting at the Mhlahlandlela Government Complex on Friday, the youths said the Zimbabwe Youth Council (ZYC) does not cater for their needs.

One visually impaired youth Cosmas Shaba said they are not catered for as most of the important documents are not produced in Braille format.

“The questionnaire that has been handed to us is in a format that I cannot read which means that disabled people were not included because nothing was written in braille, can that be also improved in the new policy,” said Shaba.

Shaba added that people living with disabilities are gifted with talents in sports and arts and need platforms to showcase their skills.

“People living with disabilities also have talents, is there any way that the ministry of sports can find opportunities for out of school youths so that they also participate in Olympics,” said Shaba.

Meanwhile, George Masarira an employee at the National Art Gallery called on ZYC to pay attention to the arts sector and include that in the new policy as most youths are also involved in the sector.

“Arts as a sector might look like entertainment but the visual arts sector has a lot of youths involved in it, I run an association where I try to create opportunities for them but am pleading with the government to also help us,” said Masarira.

He added that the arts sector is also part of the tourism sector and it is a big sector on its own that brings in a lot of capital for the country and if the government could work towards the sector a lot could be achieved.

The ZYC Provincial Manager Ruth Sibanda advised youths to bring such challenges to their offices and not hold them back waiting for the government to call a meeting for them to air out their challenges.

“Issues as serious as this should be addressed and handled in better ways, it does not help to just complain and do nothing, make an appointment with the Minister of State,” said Sibanda.

Sibanda added that youths who encounter challenges should come forward and speak out regardless of political affiliation. 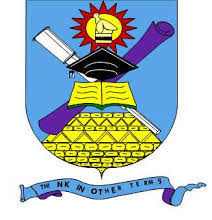