Former War Veterans minister, Retired Colonel Tshinga Dube’s official book launch in Bulawayo on Friday turned into a mini-reunion of some the leading ZPRA cadres, who reminisced on their experiences during the protracted liberation war.

The liberation war veterans, some who were part of the famed ZPRA High Command, graced the launch of Dube`s, Quiet Flows the Zambezi, which details the role of ZPRA in the armed struggle.

Widow of the late national hero and ZAPU leader, Dr Dumiso Dabengwa, Zodwa, also made an appearance while Master of Ceremonies was Reverend Paul Damasane, permanent secretary in the office of Vice President Kembo Mohadi.

The cadres celebrated their reunion by posing for photographs to capture the rare moment.

In one of the pictures, Dube who was Chiefs of Communications posed with Abel Mazinyane – Chief of Intelligence, Thomas Ngwenya – who was a member of the Revolutionary Council, Stanley ‘Gagisa’ Nleya- Deputy Chief of Operations and female commander Sthabile Sibanda who survived the bombing at Mkushi Camp.

The second picture featured all former ZPRA cadres present at the launch including Moffat Hadebe – the first man to fire a gun on Rhodesian soil, marking the armed struggle beginning against white minority rule in 1964.

These pictures were taken upon the instigation of historian Phathisa Nyathi and are probably the first images of ZPRA cadres post-independence in one room.

Nyathi, the publisher of the book through Amagugu Publishers said they consulted some of the prominent ZPRA leaders.

“I consulted ZPRA commanders such as Mazinyane, the late Dr Dumiso Dabengwa and Hadebe. The book details the journey of ZPRA cadres to train in the Soviet Union in 1964 where Tshinga Dube went with the likes of Ackim Ndlovu, Report Mphoko and Dabengwa among others then came back in 1965 to create ZPRA’s High Command. In the book, Dube narrates the battles fought working with the Luthuli detachment, the Sipolilo battles up to how the party split in 1971,” he said.

Nyathi said the book details ZPRA’s missions and how “the fighters dropped a plane flown by the white enemy in 1978 whose prowess in fighting paved way for the Lancaster Talks in 1979.”

Dube said he “wrote about ZPRA and ZAPU because that is where I was during the liberation struggle,” and encouraged the former fighters to start documenting their experiences.

The guest of honour, Dr Ndabezinhle Dlodlo, a publisher of note, urged the ex-ZPRA cadres to write their own books and educate the young people about the country’s history.

Dr Mnkandla, said Dube was brave in documenting the history of the liberation war and the important role played by ZPRA.

“Of course the theme of biting bullets is a familiar part of Dube’s life for decades as he has not shied away from engaging in Zimbabwe’s politics. I first came across Dube in January 1970 when he was already an important leader in ZPRA in Zambia. As far as I know, he is the first to write his own story among the generation of leaders that shaped the beginnings of ZPRA where he mentions these pioneers and does a good job sketching their beginnings,” Dr Mkandla said.

“Dube has set an example of taking one’s slot in the making of history, recording real experiences and making sure that significant happenings of participating in battle are not lost to future generations. Perhaps the most important factor is providing a competing narrative that facilitates the evaluation of events and actors within living memory.”

Dr Mkandla added that as a ZPRA leader, Dube covered the independence era, army and parastatals.

“He has views on key events – the Gukurahundi genocidal campaign, which will surprise those who think all who served in the security sector will not touch contentious subjects. There are lessons here,” he said noting that the former war veteran’s minister made constant reference to the late Dr Dabengwa, a sign of comradeship that existed between these two men.

Minister Mathema said he would make sure Dube’s book is included in school libraries across the country.

Midway in his remarks, Mathema paused and went to greet Hadebe telling him “his reputation in battle inspired him and others to join the struggle.” 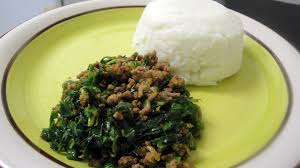 55% of couples argue about device overuse