President Mnangagwa has implored the mining sector to plough back into the development of communities that they operate in through projects and improve the remuneration of workers.

The mining sector has some of the lowest-paid workers in the country and mining companies have in many instances clashed with local communities over exploitation of resources without the benefit of locals.

Chinese companies operating in Hwange have in the past clashed with communities over poor working conditions and land degradation as evidenced by the deteriorating state of the road network.

Officially opening the annual Chamber of Mines Conference and Exhibition in Victoria Falls, President Mnangagwa said mining companies should create real benefits for the communities they operate in.

He said it is critical that mineral resources are extracted for the maximum benefit of people.

“The Chamber of Mines must ensure that its members invest in coming up with training institutions for skills development. Government has done its part by creating an enabling environment, the mining houses should also develop areas they operate in. this also involves paying salaries that uplift our citizens in line with our vision for an upper middle income society by 2030,” said President Mnangagwa.

He said the conference comes at a time when the country, like many others throughout the world, is confronted with significant challenges as a result of the Covid-19 pandemic.

This affected the economy and business operations, he said.

President Mnangagwa said the government has embarked on massive infrastructure projects like roads rehabilitation, upgrading of airports, power generation, and dams construction, and implored the mining industry to play its part and plough back into the economy.

He said the mining sector is one of the sectors that have been resilient and remained afloat during the pandemic partly due to various macroeconomic policies and support measures being put in place by the government to support business and the local industry.

It also contributes significantly to GDP and provides employment to a substantial number of people.

“The importance of the mining sector to the national economic development and attainment of our vision cannot be over-emphasized.

“It is pleasing to note that in 2021 the mining sector generated over US$5.2 billion in revenue, up from a baseline of US$2.7 billion realised in 2017. The prospects for this year and upcoming years are quite bright. As a result, the mining industry is projected to continue to play an important role in achieving our vision,” he said.

The theme for the conference was “Consolidating Growth Drivers for the Mining Industry.”

The Ministry of Mines and Mining Development set a target to reach a US$12 billion dollar mining industry by the year 2023.

So far the industry has reached the US$6 billion mark and expects to end the year at US$8 billion.

President Mnangagwa said the government continues to ensure the development of Zimbabwean businesses through reforms like amending the Mines and Minerals Act and its other subsidiary legislation such as the Gold Trade Act and the Precious Stones Trade Act. 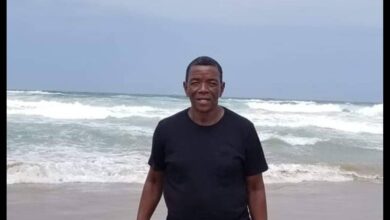