Speaker of the National Assembly Advocate Jacob Mudenda has said that Parliament is reviewing the standing rules and orders to deal witherrant legislators.

Section 151 of the Constitution of Zimbabwe provides for the appointment of the Committee on Standing Rules and Orders.

The committee is the policy making body at Parliament. It is mandated to consider all such matters concerning Parliament, as it deems fit.

In a statement after the presentation of National Assembly and Senate presiding officers to President Mnangagwa yesterday, Advocate Mudenda said legislators who exhibit rowdy behavior would suffer stiffer penalties.

“Unruly legislators risk being barred from Parliament and having their allowances withdrawn for a specific period,” said Mudenda.

“We are reviewing our standing rules and orders to make them strict so that in future that type of behavior exhibited when the president walked into parliament is dealt with.”

“We will invoke very strong censure as what our colleagues have done in Zambia and we shall follow suit and make sure that the standing rules and orders are very tight as far as the expected behavior of the honorable members.”

Adv Mudenda said a similar model like the one adopted in Zambia was on the cards in Zimbabwe.

“In Zambia for example the Speaker of the National Assembly in Zambia censured the opposition members by indicating that they would not attend Parliament and would lose their salary for a month when they walked out on the President just before he would give his State of the Nation Address.”

Last week MDC Alliance legislators refused to stand up when President Emmerson Mnangagwa walked into parliament before the presentation of the 2019 Budget by Finance and Economic Development Minister Mthuli Ncube.

Adv Mudenda had to summon the police to forcefully eject them from the house. 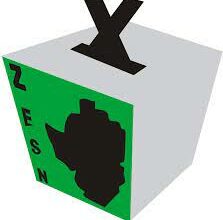