The Parliamentary Thematic Committee on Human Rights has raised concern at the state of police holding cells in Gwanda which they said were not friendly to people living with a disability.

The holding cells are currently housed in the second floor of the police provincial headquarters building.

The committee embarked on a countrywide tour to assess if police holding cells are conforming with international human rights standards.

Speaking during a tour of Gwanda police station on Friday last week, the committee chairperson Senator Chief Makumbe (Shepard Chengeta), said the holding cells are not friendly to people with disability.

“As we are just coming from the cells, I discovered that there are no lifts or ramps meaning to say that the cells are designed for the able-bodied persons only. Disability does not mean inability but can commit a crime,” said Chief Makumbe.

In response, the Officer in charge of crime, Inspector James Duru said disabled detainees will be held at the charge office, which is located on the ground floor of the building.

“We don’t have many of such clients. Anywhere in the event, we have such suspects, they are kept at the charge office under 24-hour police guard.

“While there, he/she can access underground facilities such as toilets and food because it is difficult for us to take a disabled person upstairs to the cells,” said Inspector Duru.

Senator Chief Nyangazonke, who is a member of the committee, quizzed the police officers on the number of meals given to detained suspects while Senator Tambudzani Mohadi asked if the station had enough blankets to protect detained suspects from the cold weather.

“We do have enough blankets in our cells and have never received any complaints from the inmates about the cold.

“As for meals they get three namely breakfast, lunch and supper as well as supplementary food brought by their relatives,” said Insp Duru.

Zim and SA should build on historical ties to defeat xenophobia  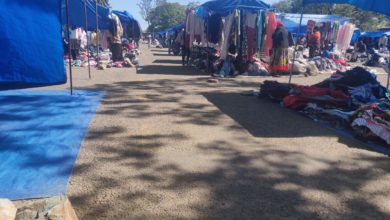