Panos Institute Southern Africa (PSAf) strongly condemns the ongoing harassment and intimidation of journalists who are at the forefront of investigating and exposing the mismanagement of public resources in Zimbabwe, including funds meant for the COVID-19 response.

Award winning investigative journalist Hopewell Chin’ono was arrested on 20th July 2020, on charges of “incitement to participate in public violence as provided for in section 187(1)(a) of the Criminal Law (Codification and Reform) Act, Chapter 9:23”.

And 10 days later, on 30 July, armed members of the Zimbabwe Republic Police besieged the home of ZimLive.com editor, Mduduzi Mathuthu reportedly looking for information on subversive materials. With Mathuthu not at home at the time of the raid, the police picked his young sister, Nomagugu.

Both Mr Chin’ono and Mr Mathuthu have in the last few weeks carried out journalistic work to expose corruption and encouraging citizens to demand accountability in the management of public resources, including those meant for the COVID-19 response.

We call for the immediate and unconditional release of Mr. Chin’ono. We also call on the police to stop their harassment of Mr Mathuthu and his family. We also call for an end to the silencing of dissenting voices, such as the harassment of opposition leaders, including Jacob Ngarivhume who was arrested on the same day as Mr Chin’ono, and civic activists like Josphat Ngulube, Mthulisi Hanana, Otilia Sibanda, among others.

We appeal to the Government of Zimbabwe to put in place measures to protect journalists and allow the media to effectively play its crucial role as a watchdog freely and without fear of reprisals. This will ensure full transparency and accountability in the management of resources meant for the COVID-19 response and other developmental interventions.

We remind the authorities in Zimbabwe that journalism is not a crime. We find it very disturbing for journalists to be victimized for simply doing their work. Journalists work to amplify voices of citizens, especially the poor and marginalized, strengthening their engagement with decision makers. Journalists facilitate platforms through which the voice of the people can be heard and hold leaders to account in the management of public affairs.

The media has an important role to play in the realization of Zimbabwe’s development agenda. Silencing journalists doing their work is retrogressive.

Our view is that the harassment of journalists and any threat of retaliation or reprisal for investigative journalism limits public participation in shaping Zimbabwe’s development agenda, including by ensuring transparency and accountability in the management of public funds. Harassment of the media reverses the many promises the government has made, expressing commitment to press freedom. 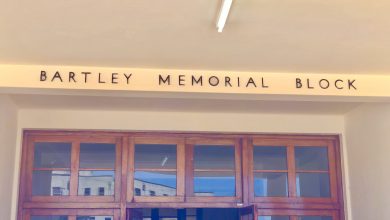