OSISA executive director Siphosami Malunga, in his virtual address while handing over the donation, noted that the Open Society Foundation globally has invested a total of US$150 million towards the fight against the Covid-19 pandemic.

Malunga stated that the resources are meant to assist the local government in fighting a potential third wave of the pandemic especially considering the country’s proximity to South Africa.

“Zimbabwe, because of its proximity to South Africa incurred a spike in cases due during the second wave due to the detection of a new variant. OSISA thus believes that interventions will go a long way in saving lives and complementing the efforts of Governments and other non-state actors all of whom are actively fighting to stem the tide of this pandemic,” he said.

Malunga noted that the assistance that their organisation is rendering is not only limited to the health sector but is also extedned to media organisations covering the pandemic, frontline workers as well as vulnerable groups in society.

“Of further concern is the continued violation of fundamental human rights under the guise of enforcing regulations under the guise of enforcing lockdown measures. Noting this dire and unturnable situation. We implore governments to ensure that as efforts are made to enforce regulative measures, human rights are protected and even expanded given that by its very nature the pandemic has resulted in the restriction of rights.”

The Mayor of Bulawayo Councillor Solomon Mguni expressed gratitude over the donation, adding  that the unity of purpose shown by various partners has assisted the city extensively.

“We have had enough personal protective clothing and hospital equipment to cater to the admitted and patients at home. The pandemic posed a number of challenges for health care workers and the government alike. The challenges which were faced by BCC and many other local authorities was the availability of enough hospital beds and equipment to cater for the increasing number of cases,” Cllr Mguni said. 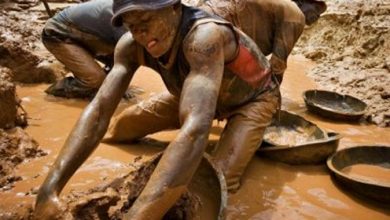 Two gold panners up for murder