With only six months until the elections and no comprehensive electoral reforms in place, analysts say if the opposition in Zimbabwe is to win the 2023 national elections, it will need to put in place strategies that will appeal to rural voters and strengthen its local structures.

These sentiments come after the opposition Citizens Coalition for Change (CCC) party lost three seats, including one council seat in Binga to Zanu PF in the December 3, 2022 by-elections, winning only two urban wards in Gweru.

Zanu PF won one urban ward in Gweru and a ward in Mberengwa, where the opposition failed to make inroads.

Analysts believe the lack of structures in rural areas plus the political environment, in which voters face intimidation and violence as a result of poor electoral reforms caused CCC’s defeat.

“It is not a victory where one would have expected in yesteryears, in areas which were dominated by MDC,” he admitted, attributing it as “clear evidence” of the development trajectory set by President Emmerson Mnangagwa’s government.

“The people of Binga have opened their eyes and heed the president’s call to support Zanu PF in order to get development.”

Munsaka said the by-election results set a “good tone for next year’s elections and Zanu PF will go in with too much hope and expectations.”

“Some may wonder what has happened for Binga people to change but that is testimony of what the president has done, bringing developmental projects, a hospital, airport and road construction, boreholes plus mines,” he said.

Critical studies scholar, Dr Khanyile Mlotshwa claimed Zanu PF was influencing rural voters, and until the opposition began earning those votes as well, “particularly deep in Mashonaland,” they would lose.

Mlotshwa noted the CCC is not the only opposition in history so its ‘failure’ is not unique to it, adding Zanu PF “might genuinely be loved by old people in the rural areas or may be rigging.”

Another analyst, Bernard Magugu, believes fear influences the outcome of elections at the end of the day.

“People feel intimidated and the opposition is working against a big animal, which is fear and that is driven by Zanu PF,” he said.

“Of course, there are some who hate Zanu and are prepared not to vote for it whatever the cost.”

People may not vote for Zanu PF if every political player is given a level playing field, according to Magugu, who cited voter apathy as a fact

“People don’t take by-elections seriously. This is why the total votes cast are lower than those at a national election. In 2023 it will be a different game altogether,” he said.

Effie Ncube agreed, describing the “so-called victories” as a confirmation of the power of violence in elections.

“The electorate was subjected to all forms of violence, threats and intimidation. What this means is that those who believe in sham elections will be emboldened,” he said.

However, Ncube stated it was too early to predict the outcome of the 2023 elections, except that an unfree and unfair election can only benefit the elite.

“There is a need for serious reforms that would help level the playing field. The opposition and the generality of people in Zimbabwe must push for complete adherence to norms and standards of free and fair election. Otherwise, the political and economic crisis will continue for a long time,” he stated.

Patrick Ndlovu, another commentator, had harsh words for the opposition, saying they were to blame for their electoral defeat.

“CCC haven’t been surviving on capacity or efficiency so their ticket of popularity, gained from people’s anger against Zanu PF has run out and this was their only policy,” he said, claiming CCC lacked an ideology.

“For instance, their team leader (Nelson Chamisa) benefited from Zanu PF corruption while he was consulted to represent Zanu farms (Gushungo). He was also an MP and received money but now he’s forbidding his MPs from benefitting the same facility of government. They have no policy except to loot, look at their local councillors,” he said.

“Last week, Bulawayo mayor (Solomon Mguni) tried to blame Zanu PF for potholes in Mpopoma. Clearly that is a council responsibility. People have run out of patience with CCC so Zanu PF is going to win next year whether they beat up people or not.”

Ndlovu expressed regret that the opposition gained attention every time they were victims of violence and not for their policies.

‘They don’t oppose in Parliament but oppose on the streets to be beaten up for publicity,” he claimed adding it was “ridiculous” for the opposition to continuously blame youth for not registering to vote.

“If the youth register to vote will Zanu PF lose? ZEC says 70 percent of eligible people are registered to vote then how can you turn on the youth for not registering to vote? Registering to vote does not translate into victory.”

Ndlovu stated new leaders, both from the opposition and the ruling party, were required for Zimbabwe to move forward.

“The opposition has been in Parliament for 20 years but haven’t even gone for their first congress. We need a new citizen opposition in as much as we need new leaders in Zanu PF but Zanu PF has the advantage of being the incumbent.” 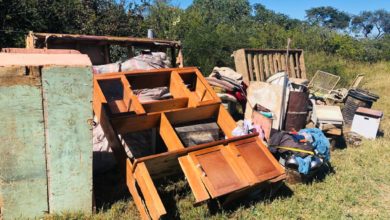 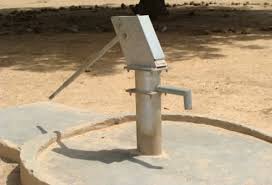