ZAPU has threatened to disrupt lessons at Mpilo Nursing School until a solution to the controversial student nurse recruitment saga is found.

The revolutionary party added that lessons at the school must be stopped until the nursing class includes more locals.

24 student nurses reported for duty this week at Mpilo but only four were locals. This drew widespread condemnation as residents questioned the selection criteria.

This comes after ZAPU members paid a visit to Mpilo Hospital Friday in an attempt to meet the administrative staff and understand the cause of this “unfortunate” situation.

However, at Mpilo, acting Chief Executive Officer and Clinical Director, Dr Solwayo Ngwenya could not meet with the ZAPU delegation and advised them to return on Monday when the substantive CEO, Leonard Mabhandi, would be back in office.

The ZAPU delegation promised to return Monday with a list of student names of locals who were sidelined in the selection process.

In an interview with CITE outside the Mpilo Hospital’s administrative block, ZAPU Southern Region Communications Director, Patrick Ndlovu, said they were unsatisfied with the response from the hospital staff.

He also noted that from their brief discussion, it emerged that the nursing class could accommodate about 60 students, which meant there were more vacancies locals could fill.

“We met the Public Relations Officer but failed to see the clinical director because he felt comfortable talking to us if he saw our ZAPU membership cards and not ID cards only. We are not satisfied with the explanation but understand that the Mpilo CEO is in Harare,” Ndlovu said.

Ndlovu highlighted that the old system of recruitment, the Lottery System, was far much better than the current online based application process.

“We believe the new system they adopted now is even more vulnerable to manipulation than the old system, which in itself wasn’t satisfactory. We wonder why they limit their intake to 25 or 30, if they have a carrying capacity of 60 students. Currently, we have a shortage of nurses in the country meaning we should use all the resources that are available. If we have a carrying capacity of 60 students why train 30?” asked the communications director.

He added that if Mpilo was under-resourced in terms of furniture and learning material to accommodate a full class, ZAPU would donate those, so locals could be fitted in the classroom,

“If it is a matter of resources as ZAPU we are willing to donate those resources so that we can have the training capacity fulfilled. We will communicate our position since we have an appointment with the Mpilo CEO Monday,” Ndlovu said.

Ndlovu added that ZAPU would also bring those students who applied but were not called up.

“We are bringing those students on Monday to occupy that classroom. We don’t think it’s fair for the lessons to be going ahead while this issue is unresolved.

“To all those students who were disadvantaged because of the system, we are saying come Monday. They will go on to the classroom, if there is a problem, we will withhold the lessons that is what we will resort to,” he said.

ZAPU Deputy National Organising Secretary, Ndodana Moyo, said any reasonable minded person ought to be concerned with what was going on at Mpilo and other hospitals such as UBH or institutions in rural areas of Matabeleland.

Moyo argued that the ruling Zanu PF government had failed to develop regions by prioritising devolution of power.

“Zimbabweans have long advocated for a devolved system of governance, which seems not be a priority for government so we will take action as people of Matabeleland,” he vowed.

Jane Mlalazi, chairperson of ZAPU Women’s League (ZAWU), concurred that government must implement devolution, which would address all these challenges.

“We are pained that our children are sidelined due to several logistical and financial challenges. The reality is our children are disadvantaged, some who grew up in rural areas cannot apply online and others are overlooked yet we have capable students. We want government to implement devolution of power, as our children are suffering,” she said.

Recently, Vice President Kembo Mohadi said the questionable recruitment of student nurses in Bulawayo and other nursing schools in the country’s southern region was against Government’s policy of equality and appropriate measures would be taken to rectify the issue.

He suggested that a quota system, the same applied by the military and police be used in the health sector. 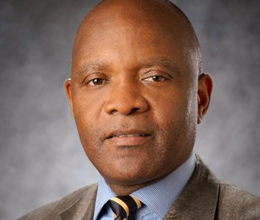