The Robert Mugabe-backed New Patriotic Front (NPF) has notified the Zimbabwe Electoral Commission (ZEC) of its intention to contest in the upcoming elections, setting the stage for an interesting plebiscite.

Mugabe, who was removed as president through a military intervention in November last year, is said to be heavily involved in the new political party.

The party will be fronted by founding president Retired Brigadier General Ambrose Mutinhiri who recently resigned from Zanu PF.

In a letter addressed to ZEC Chief Elections Officer, Rtd Brigadier General Mutinhiri said they intend to participate in the coming elections.

“This is to notify you that we, the National Patriotic Front (NPF), are a political party duly established by a constitution adopted by the founders of the party on 7th December 2017 in accordance with the laws of Zimbabwe,” NPF president wrote.

“It is our intention, and indeed the objective of our party, to contest local, parliamentary and presidential elections as they may constitutionally occur”.

New Zanu PF leader and president Emmerson Mnangagwa has promised that this year`s polls will be free, fair and credible.

MDC Alliance has already endorsed Nelson Chamisa as its presidential candidate and will challenge Mnangagwa for the presidency. 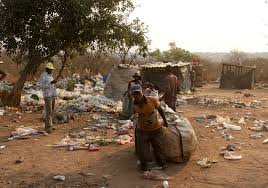