Religious leaders say the national dialogue process should be all inclusive and must not be the preserve of political parties only.
This comes after President Emmerson Mnangagwa initiated dialogue involving presidential candidates in the 2018 general elections.
However, MDC Alliance leader Nelson Chamisa has boycotted the talks calling for a neutral arbiter to lead the process.
Addressing delegates at the launch of the Churches Convergence on Peace (CCOP), a peace promotion initiative by churches in Bulawayo on Friday, Reverend Ray Motsi, a theologian and peace-building expert, said the dialogue should not be limited to political parties alone, but include all relevant stakeholders including citizens.
“The national dialogue is not limited to ZANU PF and MDC. It is not limited to civic organisations alone. It is not limited to civic organisations alone. It has to demonstrate the fact that it is national in terms of composition and inclusivity,” he said.
“We talking about government, political parties, citizens, civic society organisations and traditional leaders, everybody must be involved. It is not just for special people but for everybody who is Zimbabwean”.
He said the elites do not understand the issues affecting the citizens hence the need to incorporate other stakeholders.
“We need to move from this elite mentality of Mnangagwa and Chamisa as if they are the only people who can think more than others. The people who are having problems are ordinary people. The people that bear the brand of the crisis are chiefs and pastors, who are with the citizens in communities.
“Traditional leaders and the church must come forward and say they are tired of politics and political parties; they want people to speak and be heard.”
He said the history of elitist dialogue in Zimbabwe dates back to the Lancaster House talks in 1979.
“What we have had in Zimbabwe so far are elites’ meetings from the Lancaster House, agreement of Unity Accord to the Government of National Unity (GNU), it was never inclusive.
“It never included the people of Zimbabwe. There were people who went there on behalf of the citizens. That is not what we are talking about when we talk about the national dialogue,” asserted Motsi.
Last month President Emmerson Mnangagwa invited all political parties that participated in the country’s harmonised elections last year for a national dialogue to find solutions to the problems haunting the country.
Tags
MDC national dialogue Ray Motsi Zanu PF

Good samaritans team up to rebuild house destroyed by fire 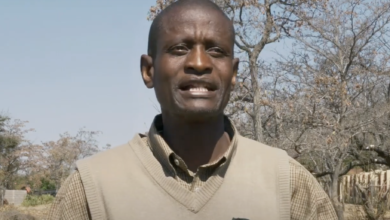 I’m a servant of the people: Zanu PF candidate upbeat ahead of polls