A man from Iminyela flats has been fined $100 for threatening to stab his cousin over beer, a court heard.

The court heard that Micheal Moyo (28) got angry at Phathokuhle Sibanda (43) after she refused to share her beer with him.

Moyo pleaded guilty to a threats of violence charge.

He mitigated that he acted out of drunkenness and meant no harm to Sibanda. He pleaded with the court to give him more time to pay the fine citing that he earns a living through selling fruits in the city center.

“This court will take into consideration that you were drunk at the commission of the offense. It will also consider that you pleaded guilty and apologised thus showing remorse. You will pay a fine of $100. Failure to do so you will serve 90 days in jail, ” said Ncube.

“Accused person met complainant on June 2 at 9PM Mabuthweni shops where she was drinking with her friends. He made an attempt to drink with the crew but complainant chased him away.

“Following day accused met complainant at Makalanga beer garden where he grabbed her by the arm and started swearing that he was going to stab her. Complainant’s friends restrained accused. Complainant proceeded to Mabuthweni police post where she reported the matter.

Councillors fret over implementation of BWSSIP 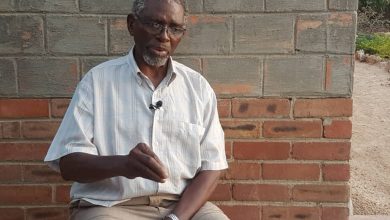