There was drama Tuesday afternoon at the Zimbabwean Embassy in South Africa as the Mthwakazi Republic Party (MRP) Youth League members removed the Zimbabwean national flag and replaced it with their party flag.

The youths were expressing their displeasure at the continued detention of the MRP9 at Khami prison in the outskirts of Bulawayo.

“I can confirm that MRP youths went to the Embassy in South Africa today in the afternoon demanding the Zimbabwean Ambassador to that country to compel the Judiciary system to stop abusing the MRP9 and release them and in the process the removed the Zimbabwean flag and hoisted the Mthwakazi Republic Party flag.”

The nine were arrested for public violence after they stormed Bulawayo Central Police Station in April last year protesting over the alleged harassment of their party leader Mqondisi Moyo by state security agents.

The nine have been in and out of court and they were recently remanded in custody pending judgement. 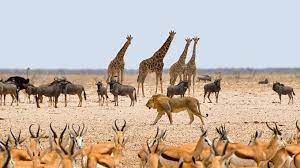