A member of the Mthwakazi Republic Party (MRP), who was facing accusations of assaulting a police officer was Friday, convicted and fined ZWL$400.

The offence occurred in August last year outside the Bulawayo High Court where the MRP member had gone to attend the court hearing of the then Ntabazinduna Chief Felix Nhlanhlayamangwe Ndiweni’s bail ruling.

Munjanja handed Mlotshwa a fully suspended sentence of three months wholly suspended for three years on condition that he does not commit a similar offence.

State representative, Prosecutor Leonard Chile, said on August 28 at around 3pm Masuna was on duty and deployed at corner 8th avenue and Hebert Chitepo in Bulawayo opposite the High court where Chief Ndiweni’s bail ruling was being heard.

“Masuna’s duties were to monitor the crowd which had gathered outside the court. While standing amongst the crowd, Masuna who was wearing a civilian attire received a call on his cell phone which he then answered,” said Chile.

“Whilst answering the call, Mlotshwa shouted “thief” referring to Masuna. Mlotshwa started pushing Masuna and attempted to assault him with his right hand but Masuna grabbed him by the belt of his trousers. Mlotshwa then kicked Masuna once on the stomach with booted feet.”

Chile said Musona’s colleagues, who were also on surveillance came to his rescue and arrested Mlotshwa before taking him to Bulawayo Central Police Station.

Five members from MRP were last year acquitted of public violence charges after they were arrested on the same day.

The magistrate who handled the matter dismissed the case citing that the police had not brought enough evidence before the court.

The police had alleged the members were singing and dancing on the streets thereby disturbing passers-by and blocking way for motorists. 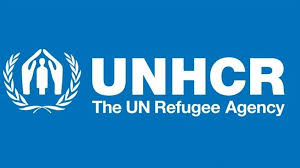