Members of Parliament have called for the death penalty on people who commit ritual murders.

With special reference to the Murehwa murder case where a seven-year-old boy was murdered by his uncle, the legislators unanimously agreed that the number of ritual and callous killings was rapidly increasing.

In June, a 25-year-old woman in Bulawayo was brutally killed and her body mutilated and stashed into a drum filled with acid in Bulawayo.

Part of the body, from the waist going down, was missing while breasts and palms appeared to have been sliced off.

The MPs bemoaned that other crimes such as stock theft always land people in jail for a lengthy period of time but when it comes to issues of ritual killing sometimes the perpetrators are slapped with non-deterrent sentences.

MP for Gutu South, Pupurai Togarepi moved a motion which challenged the Legislature to enact deterrent and punitive legislative measures which will effectively and completely eradicate incidents of ritual murders in different parts of the country by the end of 2020.

“DISTURBED by the proliferation of chilling incidents of murders that have been perpetrated against members of society for ritual purposes in various parts of the country; CONCERNED that victims of such heinous crimes are the vulnerable and unsuspecting members of our communities mostly women and children who are targeted by insensitive and brutal killers who unwittingly believe that they can eke a living and get rich overnight through the harvesting of human organs;

DEPLORING AND CONDEMNING in the strongest of terms such heart wrenching and retrogressive practices which instil a deep sense of fear, revulsion and insecurity among our people who can no longer safely conduct their routine family errands and chores without suspicions of what might befall them or their loved ones at any given time.

NOW, THEREFORE, calls upon a) the law enforcement agents mobilise all necessary resources to expeditiously bring to book the unscrupulous culprits who are wantonly wreaking havoc among communities in the country; b) the Legislature to enact deterrent and punitive legislative measures which will effectively and completely eradicate incidents of ritual murders in different parts of the country by the end of 2020,” read Togarepi’s motion.

Chegutu West Member of Parliament Dexter Nduna concurred with the motion, citing the issue invokes anger and pain within the society.

He said such behaviour should be rebuked and all traditional, cultural and religious leaders should be involved so that they may encourage the people they lead from engaging in such activities.

“The Constitution of Zimbabwe recognises in the Bill of Rights in Chapter 4, the freedom of worship. That freedom should not be abused to mean murder, mutilation or killing of somebody for their vital organs. It must be very clear and should be impressed that no one can be enriched using another person’s life or another person’s vital organs but only effort through resilience and hard work can get somebody where they want to be in terms of enrichment and economic development and wealth.” 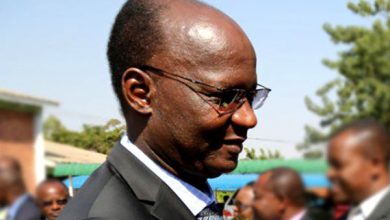