Lupane East legislator, Mbongeni Dube has expressed concern over the rural electrification poles, which have been lying idle for years in Lupane, Matabeleland North, with no meaningful action by the Rural Electrification Agency (REA).

REA, a subsidiary of Zimbabwe Electricity Supply Authority – ZESA Holdings, is responsible for the electrification of the country’s rural areas.

“My question is directed to the Minister of Energy and Power Development (Zhemu Soda),” Dube in Parliament Wednesday.

He further asked: “What measures are in place for the immediate attention on the dysfunction of the overdue and neglected programmes of REA, particularly in Lupane where I come from?”

In his response Soda he requested for further details so he could address the issue.

“Unfortunately, I did not hear the question properly but it seems the question is very specific to Lupane,” said Soda.

“I would request that the Hon. Member provides the actual details of the area where there was some reticulation that was abandoned so that we look into that as a particular case.

On the other hand, Binga South National Assembly representative, Joel Gabbuza asked what the communities should do when the government fails to attend to collapsed electricity infrastructure which then becomes a threat to human life.

“If the Minister could assist us with regards to infrastructure; where infrastructure, for example, collapses and becomes a danger to human life and to animals,” said Gabbuza.

“Transmission lines, live wires and damaged transformers lying on the road and REA or ZESA does not attend what should communities do?”

In his response Soda said: “It is not government policy that when power lines collapse are they supposed to be left unattended.  They are supposed to be attended immediately and obviously the backbone infrastructure once it is constructed by REA it is handed over to ZETDC.”

He explained further: “So, that is the responsibility of ZETDC and we will be expecting that when such incidences happen that must be reported to the local customer service centre that is within the locality where that would have happened.  Lines are supposed to be put back and allow for the flow of electricity to where it will be intended.”

‘Women bore the brunt during Gukurahundi’ 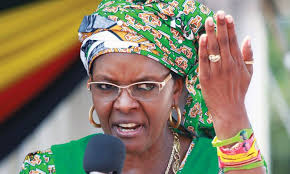