THE children’s oncology ward at Mpilo’s Pediatric Hospital has received a boost after it was refurbished by the United Refineries in partnership with Kidzcan, a childhood centred organisation.

Kidzcan, is the only registered organisation that plays a complementary role to government’s current efforts on cancer prevention and management programmes, with the provision of clinical childhood cancer care services.

The oncology ward was rehabilitated to the tune of $12 000 while medication support services would be offered by Kidzcan.

Although there is no fee charged to every child cancer patients, most children had to travel to Harare to access treatment services at the A4 ward in Parirenyatwa Hospital.

Overally, there are 3 000 to 5 000 new cancer cases in the country while developing countries such as Zimbabwe are supposed to increase the survival rate from 23 percent to 60 percent by 2030.

Speaking at the handover of the ward at Mpilo Hospital Tuesday, Executive Director of Kidzcan, Daniel McKenzie, said the organisation has mainly been supporting the A4 ward based in Parirenyatwa Hospital in Harare and decided to decentralise the service.

“Kidzcan sponsors the A4 ward 100 percent where the Ministry of Health and Child Care wanted all children to come for treatment to Harare. The A4 ward is cancer centre for childhood cancer in Zimbabwe where we pay for children’s bus fares, admission packs, diagnostic tests, chemotherapy drugs, return fare to back home and discharge packs. Our care management team then makes sure they follow up on those children to make sure they return for the next cycle,” he noted.

The Kidzcan official said it came to Bulawayo after noticing that some children were treated locally although Harare had a radiotherapy department.

“We’ve always been coming to Mpilo and every year we give winter handouts. Kidzcan partnered with Courier Connect to deliver drugs to Mpilo whenever required and when the hospital sent the prescription, we put the drugs together – free of charge. However we are in the process of identifying a pharmacy that we can partner with in Bulawayo to have the drugs delivered quicker to children,” Mckenzie noted.

Chemotherapy is very expensive while treatment is long, sometimes taking up to two years, whereas a child diagnosed with cancer can have eight sessions of chemo during that period.

Kidzcan’s role is to assist with treatment and is funded through fundraising while 75 percent of budget is locally funded.

“We have partnered with local corporates, individuals and schools as well. 25 percent comes from foreign donors. We just have two international donors from South Africa and from the United Kingdom. We recently signed an agreement with UNICEF outreach programme that begins Tuesday to look at taking early detection throughout the country.

“We have discovered most of the children come in late when cancer is advanced yet Retinoblastoma, cancer of the eye and Wilmstumor, cancer of kidney abdomen are two easy cancers that can be detected and treated,” said Mckenzie.

Kidzcan has started training nurses in Harare and Chitungwiza from 50 clinics.

“We are training from each one sister in charge and a junior nurse plus 200 health workers. Our publicity campaign starts in December and we are urging mothers or caregivers to present themselves to local clinics for screening. Once we have trained the nurses we will come up with a cancer detection card to be attached to every mother’s vaccination and everytime they go to clinic, the nurse who has been trained will check for retinoblastoma and wilms tumor,” explained Mckenzie.

Since Kidzcan was registered in 2009, it has served 3000 children and 700 of that are active children receiving medication.

“Annually we register 300 kids a year. Currently at Parirenyatwa ward there are 35 kids admitted and we see about 35 children at the daily outpatient section,” said the Kidzcan executive director.

United Refineries Chief Executive Officer Busisa Moyo said his company was conscious of its role in the community.

“We support five areas and the top three are Arts and Culture; Gender and Youth plus cancer.

We are conscious of corporate citizenship which others call Corporate Social Responsibility, as companies are not only supposed to make profits.

“United Refineries has been in existence for 83 years when it started out in Rusape and came to Bulawayo to in 1952 where it naturalised,” he said.

Moyo also told the Mpilo staff that his company would pay for miscellaneous products mothers of admitted children used while in hospitals such as teas, sugars, and soaps. 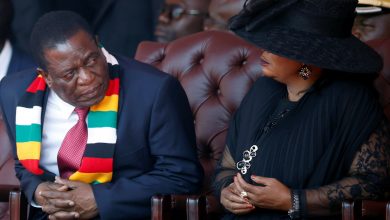 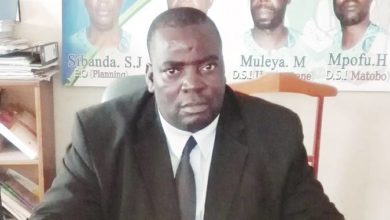