Lands Water and Agriculture Minister, Perrance Shiri, has said Zimbabwe should invest in the local manufacture of drugs, vaccines and other essentials for agricultural purposes in order to reduce demand for foreign currency in importing  inputs.

Zimbabwe’s agricultural output is set to further decline in the 2019/2020 cropping season owing to poor rains and inputs.

Addressing stakeholders during his ministry’s strategic workshop in Bulawayo Wednesday, Shiri said Zimbabwe’s balance of trade remained negative with the country importing more than it exports hence the need for farmers to look into producing locally to reduce demand for foreign currency.

“It is critical that as a country we take bold decisions and invest in the local manufacture of some of the essentials in our sector such as drugs for notable diseases such as foot and mouth vaccines,” said Shiri.

“We should also increase the focus and thrust of assembling mechanisation and irrigation equipment locally with a view to reduce pressure on scarce foreign currency.

He said climate change was affecting everyone including the sector hence the need to build resilience to climate change effects which directly affect farmers.

“Climate change cuts across all sectors including agriculture. As a Ministry, we need to build the capacity of our farmers to be resilient to climate change shocks and stresses such as drought, floods, crop and livestock diseases, among others,” he said.

“The country’s land dispute resolution mechanism needs to be clear to all stakeholders and religiously followed,” he said.

“The Land Commission should adhere to timelines stipulated in the Act for dispute resolutions for society to have confidence in the whole system. Farmers are investors who only invest where probability of getting positive returns are high and security is guaranteed. I wish also to state here that the Ministry will enforce maximum farm sizes per region and one-man-one-farm policy.”

The Minister said the agriculture sector objectives would be attainable if government departments and parastatals drive strategies that create a conducive environment that stabilises economic growth.

“Ladies and gentlemen attaining our objectives lies in how as government departments and parastatals steer public policy and strategies to set up the much-needed conducive environment which enables all players to participate to their potential,” he explained.

“Our food security policies have fallen short of attracting investments in the sector and ensuring economic growth. Governments the world over, use policies to influence agricultural production, marketing and trade. This is usually done to achieve specific outcomes relating to the central role of agriculture.”

Shiri added: ” In this regard, there is therefore a compelling need for agricultural policies to attract investment in the sector given the changes that have been brought by the agrarian reforms that remarkably altered the structure of farms, production systems, markets and labour relations.” 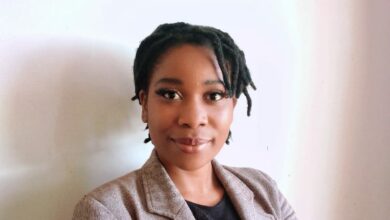