The Bulawayo City Council (BCC) does not permit residents or institutions to connect borehole water or water from any other source to its domestic water supply system, as that will corrode pipes and contaminate clean water.

This comes after some residents questioned why institutions such as Mpilo Central Hospital still resort to a bucket system when water shortages occur.

Last week, Mpilo went for almost a week without municipal water due to two pipe bursts.

The first pipe burst took place in Sizinda on the line feeding water to the Rifle Range Reservoir from which the hospital and other areas are supplied.

The second water pipe burst near the Amakhosi Cultural Centre.

This forced staff at Mpilo Hospital to use buckets, carrying water from boreholes but critics cited that using a bucket system in this modern day was “medieval.”

Critics quizzed why the institution could not connect its borehole water to the main domestic water supply system to ensure they have running water all the time.

However, according to the city’s by-laws such connections are outlawed and illegal, said BCC Corporate Communications Manager, Nesisa Mpofu in an interview with CITE.

“Borehole water is subject to contamination by bacteria from soil at any time and hence its sustainability for human consumption cannot be guaranteed unless it is boiled,” she said.

Mpofu quoted the City of Bulawayo (Sewerage, Drainage and Water) By-Laws Statutory Instrument 390 of 1980 -Borehole Use and Connection Conditions Section 45(1), which states: “No person shall cause or permit any water derived from a borehole or other source, including the Council’s raw and reclaimed water, to enter any pipe connected with the Council’s domestic water supply.”

Section 45(2) of The City of Bulawayo (Sewerage, Drainage and Water) By-Laws Statutory Instrument 390 of 1980-Borehole Use and Connection Conditions further states: “The council’s domestic water supply shall not be connected to any pipe or system of pipes which themselves are fed with water from a borehole or other source.”

Staffers within Mpilo Hospital acknowledged that city council regulations were the reasons why the institution had not connected borehole water to the main water supply system.

“We were informed we can’t mix the two systems, as borehole water will need some purification process, otherwise it will corrode the domestic water supply pipes. This is why we use the bucket system and the hospital functions. Besides, we use the borehole water for washing and bathing,” sources said.

Reached for comment, Mpilo Acting Chief Executive Officer, Professor Solwayo Ngwenya, explained that using a bucket system was a fall-back plan for the institution in case of water shortages.

“For drinking water, we do have a reservoir where we draw water from. When municipal water is available, we pump water into it and it is the water we use for drinking and cooking,” he said.

“But now the pipes that had burst along Amakhosi Cultural Centre have since been repaired.”

Prof Ngwenya noted that one of the requirements of a hospital was that it must have alternative sources of water and a bucket system was such.

“This is not the first time Mpilo has experienced water cuts and it won’t be the last. Every hospital should have a bucket system as a fall-back plan. Unfortunately, there are issues with the city council systems and connection of boreholes because of corrosion and so forth, so we use what is available,” he said. 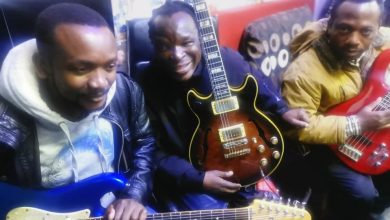