The Kgalema Montlante led Commission has been accused of bias after it condemned threats made against a witness who testified in the Harare hearings but failed to offer the same to protect Wisdom Mkhwananzi who was arrested in Bulawayo after appearing before the commission.

Mkhwananzi was arrested after he implicated President Emmerson Mnangagwa in his parents’ death during the 1980s Gukurahundi atrocities.

He was subseqently hauled before the courts on charges of undermining the authority of the president.

The case was later thrown out.

However, the reaction to journalist Maynard Kudakwashe Manyowa threats after testifying before the commision has raised eyebrows.

Manyowa came under heavy criticism following claims that he had lied under oath while his narration of events was said to be a mismatch.

After his testimony, social media users started criticising him and he alleged that the threats were directed to him, his two wives and children.

In an interview with CITE, the commission’s spokesperson John Masuku, said the commissioners stood by their word that witnesses would be protected.

Masuku said the commission was not preferential but relied on law enforcement agents to investigate cases where individuals faced threats after giving testimonies.

“It is not however the duty of the Commission to do these investigations hence we rely on the police and law enforcement agents to deal with the cases. It is our hope that everyone who faced any interrogations and threats attains the protection they deserve.” 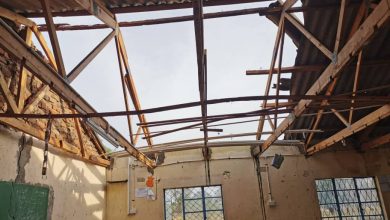