President Emmerson Mnangagwa was not one of the founding members of Zimbabwe People’s Revolutionary Army (ZPRA) as he recently claimed, former high ranking ZPRA and Zapu cadres have revealed.

Last Friday at the Bulawayo State House, at a meeting with Matabeleland Civic Society, President Mnangagwa alleged that he was one of the ZPRA founders while responding to concerns raised by Baster Magwizi, a former ZPRA freedom fighter.

Mnangagwa claimed he was also a ZPRA cadre, having “left the country taken by ZAPU and was in the first ZAPU group to be trained in Egypt.”

But in interviews with CITE, ZAPU and former ZPRA members confirmed that while Mnangagwa was a member of ZAPU he was not one of the founding members of ZPRA in 1962.

During that time, ZAPU instead had established the Special Affairs Department in 1963, which was its first armed wing.

It was only in 1971 when Special Affairs was changed to ZPRA.

These facts are also documented by the South African History Archive Trust, better known as SAHA.

Ex-ZPRA Intelligence Officer and Mafela Trust Director, Zephania Nkomo, dismissed Mnangagwa`s claims saying what happened rather in 1962 was the “important decision to take up arms at a meeting held at one Tsvarayi’s house.”

“ZPRA came into effect around 1971 and that destroys the discussion of Mnangagwa saying he was one of the founders in 1962,” he said.

Nkomo highlighted the first arms were brought to the country by Abraham Nkiwane, Moffat Hadebe and Velaphi Ncube for the Special Affairs Department in 1962.

“In 1964, Moffat Hadebe became the first man to fire a gunshot, marking the beginning of the armed struggle against white minority rule,” he noted.

Abraham Nkiwane, one of the first commanders who operated under Special Affairs, said he was in charge of personnel and training in 1962 and did not train Mnangagwa.

“Mnangagwa should tell us who his commander was, if he claims to have been trained by ZPRA. It is not my part to counter what he said but my role was to liberate this country,” he said.

ZAPU Southern Region Communications Director, Patrick Ndlovu refuted Mnangagwa’s claims and said the president by that time was just an ordinary ZAPU member, who later defected to Zanu at its formation in 1963.

“He is trying to gain mileage by saying such. If he were a ZPRA member, he should have respected the late Dr Dumiso Dabengwa, one of the senior commanders whilst he was still alive. ZPRA principles dictate that one respect their commanders but Mnangagwa did not even attend Dabengwa’s funeral.

He highlighted it was, therefore “strange” for Mnangagwa to say he was ZPRA founder.

“Mnangagwa was not a member of the High Command nor was he even a ZAPU high ranking member. His whole political history is founded on his relationship with the late former president Robert Mugabe. Even when you read Zanu history, Mnangagwa is not listed as one of the founding fathers,” said ZAPU’S information director.

ZAPU Secretary-General, Dr Strike Mkandla, noted there was controversy surrounding ZAPU’s armed wing as it started off as the Special Affairs and named ZPRA later.

“Special Affairs was formed in the 1960s with the likes of Abraham Nkiwane, Dabengwa and (former vice president) Phelekezela Mphoko among others while ZPRA was effected around 1971,” he said.

Dr Mkandla said it was possible Mnangagwa could have received training under ZAPU before going to Zanu but was unsure.

ZAPU’s information director attributed this lack of clarity as having been caused by Mnangagwa himself.

“As Security Minister during the 1980s, Mnangagwa seized ZAPU and ZIPRA records which were extensive. He should release them so that this information is available for academic and public consumption,” Ndlovu said.

In his 2019 autobiography, Quiet Flows the Zambezi, former war veterans minister, Tshinga Dube details the role of ZPRA in the armed struggle, and makes no mention of Mnangagwa.

Page 60 reads, “Special Affairs was ZAPU’s rudimentarily structured armed wing which witnessed some formal appointments in about March 1965. Ackim Ndlovu was its commander, Robson Manyika – Chief of Staff, Phelekezela Mphoko for Logistics (Stores and Munitions), Walter Mbambo and Gordon Butshe were in charge of training.

“Abraham Nkiwane ensured that transportation of ZAPU’s armoury would be carried out discreetly from east Africa to Zambia. Judging by the heat of the Rhodesian implosion, ZAPU had also put together a High Command section responsible for Intelligence and Security whose chief was Dumiso Dabengwa and included the likes of Ethan Dube, Joseph Nyandoro, Edward Bhebhe, Gideon Ngoshi and Mashayamombe.”

On page 81, Dube narrates that he left Zambia for Mbeya in 1971 to oversee the transportation of ZAPU’s military wares from the OAU Liberation Committee.

“It was a tough assignment because Tanzanian officers seemed to have diverted some of our weapons to ZANU,” he said and adds that it was during his absence, “ZAPU militants convened what they called the congress of militants to reorganise the former ‘Special Affairs’ department into ZPRA.”

Director of the Dumiso Dabengwa Foundation, Mthulisi Hanana, bluntly said “the president is lying” and would release a full statement narrating ZPRA’s history. 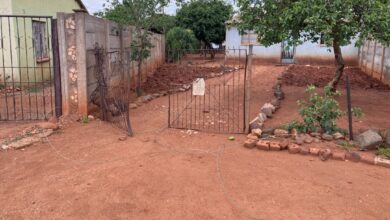