ZAPU’s presidential race is heating up with dramatic allegations popping up against one of the candidates, Sibangilizwe Nkomo, alleged to be embroiled in a feud over a woman who has since died.

Nkomo is the son of the late former Vice President Joshua Nkomo and is seeking to succeed the late struggle icon Dr Dumiso Dabengwa, as ZAPU leader when the party holds its elective congress this August.

Some of the candidates, Nkomo is up against include ZAPU treasurer-general – Mark   Mbayiwa, party’s Secretary General – Dr Strike Mkandla, party’s Matabeleland North chairperson – Matthew Sibanda, Bernard Magugu and a female candidate Sithembiso Mpofu based in the United Kingdom.

It is alleged that Nkomo married another man’s wife identified as MaNcube and the family of that woman’s first husband is claiming that when she left their household, she took some of their traditional belongings.

However, MaNcube died this May 25 and the Nkomo family is busy with her funeral arrangements while the Ndlovus, family of MaNcube’s first husband have said they need their goods back.

Stephen Ndlovu, young brother of the woman’s first husband, Abe Ndlovu, told CITE that MaNcube had been ‘properly’ married but alleged she had an affair with Nkomo.

“Abe Ndlovu died years ago and I am now the family spokesperson. MaNcube left Abe Ndlovu to go stay with Nkomo. Initially my brother had informed us he suspected his wife was cheating as she was denying him sexual intercourse then she eventually left him,” he claimed.

“As a family we tried on numerous occasions to engage her and the Nkomo family but nothing materialised. MaNcube even went to the extent of changing her name when she moved in with Nkomo.”

Ndlovu said as a result of this alleged infidelity, his brother suffered a stroke caused by the heartache.

“MaNcube left the Ndlovus with the children. My brother was heartbroken and suffered a stroke that led to his death,” he said.

The problem that the Ndlovu family needs to attend to now involves the ‘missing’ traditional artefacts they claim were taken by MaNcube.

“We need our traditional artefacts back because these were passed down from our great grandfather to grandfather to his first born, which then ended with our brother Abe. These artefacts were entrusted with MaNcube because the family trusted her, but she left with them and we need these back urgently,” Ndlovu said.

In an interview with CITE, Nkomo dismissed the allegations and said they were claims by desperate individuals trying to soil his name, especially now that he was running for the ZAPU presidency.

“These are people who are lying and trying to tarnish my image. The woman they are referring to is MaZikhali and she left Abe Ndlovu about 15 years ago. They divorced and she moved on, which is when I met her. She left him because their relationship was abusive as Abe would beat and threaten to kill her, it’s not my business to reveal such things but they divorced,” he said.

Nkomo queried why such matters were popping up now and alternatively said, such claims were motivated by his quest to run for ZAPU presidency.

“MaZikhali died May 25 on Africa Day after a long illness. Now such issues are rising. If the Ndlovus had issues to discuss or any matters, why didn’t they come to me straight? Why run to the media to discuss such sensitive matters. The timing is suspicious and I know this concerns my ambitions to contest for the ZAPU presidency,” he highlighted.

The deceased woman’s first son, Pholani who was with Nkomo, also added that the Ndlovu family members were being malicious and dishonest.

“They are lying and are bitter. When my mother left the Ndlovu homestead, my father was still alive so they should ask me where the traditional artefacts are. In fact I have told them where those artefacts are. They know this, but every time I call them for a meeting, they don’t attend or make excuses, even after my father – Abe died, they ran away instead of assisting me to bury him. Now they turn around and say all these things. I don’t know why they are bitter,” he said. 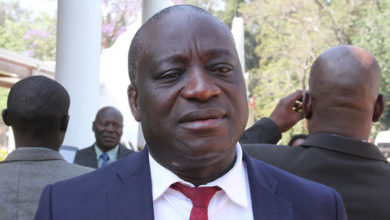