President Emmerson Mnangagwa has lamented what he calls “hostile anti-Zimbabwe propaganda” on social media platforms, which he said was meant to divide security forces.

This follows international condemnation of his government’s ongoing crackdown on civil rights activists, opposition party members and journalists deemed anti-state by the powers-that-be.

In a televised address to the nation on the occasion of the country’s 40th anniversary of the Defence Forces Day commemorations Tuesday, Mnangagwa said Zimbabwe’s detractors were bent on dividing the nation.

“This occasion is happening on the backdrop of successive accomplishments by our defence forces to defend our motherland Zimbabwe from detractors, divisive elements and enemies,” said Mnangagwa.

“The commemorations which we are holding this year under the theme, “ZDF: Celebrating 40 Years of Excellent Service to the People,” are taking place under yet another wave of aggression and manifesting through illekgal sanctions, hostile anti- Zimbabwe propaganda, mounted on social media platforms, and other forms of asymmetrical warfare meant to break the unity within our forces.”

The President said the attainment of independence in 1980 signalled the advent of majority rule and the formation of the Zimbabwe Defence Forces (ZDF).

“The bringing together of ZANLA, ZIPRA forces on one side and the Rhodesian

Forces on the other was a daunting and challenging exercise,” he said.

“I was privileged to chair the Joint Command for the integration of the three forces. Having fought for a united Zimbabwe, the formation of a unified defence force with a single purpose of defending our territorial integrity, sovereignty and independence was indeed gratifying accomplishment.”

President Mnangagwa said the ZDF had made many achievements worth celebrating.

“Today, we celebrate the numerous achievements scored over the last forty years since the formation of the ZDF,” he said.

He went on to thank Zimbabweans for not participating in the July 31st anti-government protests.

“Thank you, once again for remaining calm and peaceful in the wake of some misguided calls for violent protests and demonstrations by the opposition elements with support from foreign and civil society supporters and backers,” said Mnangagwa.

“You have shown your patriotism and love for peace and tranquillity

‘We need more graves than houses’ 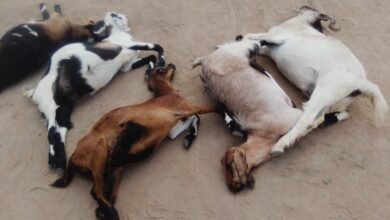 ARDA distances itself from the Matobo livestock poisoning saga