MISA Zimbabwe Media Advocacy Officer Marvin Mukudu made these remarks during an engagement with journalists in Bulawayo, Wednesday.

Mukudu noted that the government raises genuine concerns through the PVO Bill such as money laundering but this can easily be manipulated to suit the government interests.

“Some organisations also focus on fighting for human rights. This may be deemed as meddling in politics. We, therefore, urge the government to be clear on some of the amendments that it seeks to make so that the targeted audience may know what is expected of them.”

Meanwhile, The Girls Table programs officer, Sandra Gama, said their organisation has been training several community champions to cascade the simplified versions of the effects of the PVO Bill to society members.

Gama says their main focus is on capacitating young women on the PVO Bill so that they may know how effecting it may affect them in their day to day lives. She says there are several CSOs and NGOs that assist women and if the Bill is effected it may bring to an end the aid that they are getting.

Bekezela Mguni of The Girls Table noted that there are certain grey areas on the bill that may affect the operations of CSOs especially as far as finances are concerned.

“As an organisation we work on capacitating young women on various issues and for us to effectively do it we need funding. But now if the government is to use its discretion to deem which funds could be linked to money laundering it would affect our operations,” said Mguni. 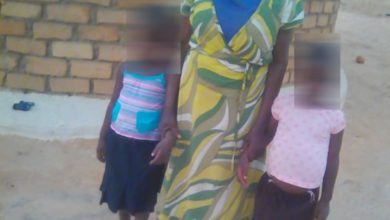