Dube’s suspension was confirmed by the city mayor Somvelo Dlamini shortly after his fate was communicated to him verbally during a full council meeting on Thursday which was attended by the minister.

“He was not given any letter, but it will be formally rendered to him tomorrow because he is not supposed to temper with any evidence that is in his office regarding this matter that is before the Hwange courts.”

According to the prosecutor in charge of Matabeleland North, Martha Cheda assisted by Memory Munsaka on September 28, 2017, Dube (54) received a request to purchase additional land behind stands 1381, 1382, 1383, 1384, 1385, 1386 and 943 from Ntokozo Mlilo, who is group human resources manager for Shearwater Adventures.

He allegedly caused the valuation of the stands by Backstone Properties who responded on February 11, 2019.

The state alleges that Dube misrepresented to Victoria Falls ordinary full council meeting that one applicant Shearwater Adventures had expressed interest in commercial stand number 1782 yet there were other companies that had also expressed interest such as Wild Horizons and in turn, Council adopted the report and resolved to offer the stand to Shearwater Adventures without following tender procedures.

It is alleged that the council has a resolution passed on April 1, 2014, which required that commercial stands be sold on tender.

Prior to his arrest, he had been suspended by Cllr Dlamini accusing him of “corruption, gross incompetence, abuse of office and causing the local authority to lose revenue”.

His suspension was, however, revoked by eight Councillors during a special meeting who declared it was null and void.

The councillors had then argued that the mayor had failed to furnish them with the basis of the allegations and for making the decision without following proper procedure. 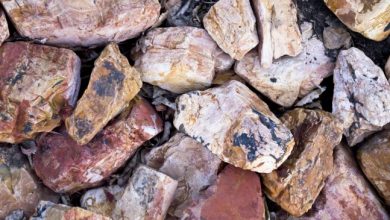