PROMINENT Harare lawyer, Beatrice Mtetwa, has written to Acting Chief Justice, Elizabeth Gwaunza, requesting her to institute investigations into how Judiciary Service Commission (JSC) secretary, Walter Chikwana met Justice Webster Chinamhora, who was supposed to hear former Chief Justice Malaba’s case when he had a direct interest in it.

Chinamhora last Thursday recused himself from the three-judge panel in the morning after lawyers representing Zimbabwe Human Rights NGO Forum executive director Musa Kika, who is the applicant in the matter, asked for his recusal following revelations that he met with Chikwana ahead of the hearing of the case.

The remaining two judges, Justices Amy Tsanga and Sylvia Chirawu-Mugomba then consulted the JSC, which ruled that they could proceed and hear the matter as a two-judge panel.

The case against Malaba came after his term of office as Chief Justice ended on May 15, with the High Court ruling that he ceased to be the country’s top judicial officer when he turned 70 and that a recent constitutional amendment allowing the President to extend his term did not apply to him.

Malaba however returned to office under the belief that the High Court ruling had been suspended by an appeal filed by Justice Minister Ziyambi Ziyambi and Attorney-General Prince Machaya.

Kika, who challenged the extension of Chief Justice Malaba’s term in the initial case, argued that an appeal against the declarator suspends the operation of the judgment and has asked the High Court to find Chief Justice Malaba in contempt and jail him for six months.

In her letter dated June 4, 2021, copied to the Law Society of Zimbabwe president, Zimbabwe Anti-Corruption chairperson and commissioners, judge president of the High Court and other stakeholders in the legal fraternity, Mtetwa, a senior partner at Mtetwa and Nyambirai said she was concerned with the behaviour of Chikwana.

“I write to you as a concerned lawyer who runs a largely litigation practice,” she said.

Mtetwa said apart from that incident, it appeared Chikwana has in various other litigation deposed to affidavits purportedly on behalf of the JSC when the commissioners would not have authorised him to do so.

“Given these grave allegations against Mr Chikwana, and given the commissioners’ constitutional obligations and the commission’s stated objectives of adhering to “best practice to promote the maintenance of a transparent, accountable and independent judiciary,” as stated in the commission’s website, I request that these allegations against Mr Chikwana be independently investigated and that such investigations are done whilst he is on leave of absence as provided for in the relevant JSC disciplinary legislation,” said Mtetwa.

“I emphasize that this would be in the best interests of not only the commission but the entire justice delivery system, which must have the confidence of the people of Zimbabwe. I also advise that these are views shared by many legal practitioners that I have spoken to.” 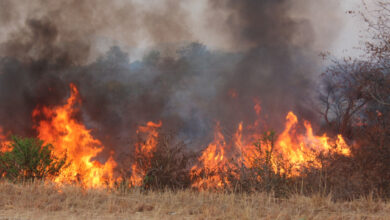