The Ministry of Primary and Secondary Education is failing to rein in schools that are demanding only foreign currency payments and has engaged the Zimbabwe Anti-Corruption Commission (ZACC) to track such institutions.

The government’s position on fees is that parents can either pay fees in foreign currency or in the local Zimbabwean currency.

This development comes after most schools have reportedly divided school fees payment in local and foreign currency, where if parents fail to pay the forex portion, their children are allegedly refused entry.

Parents and guardians have noted they cannot easily access forex as they are not well paid to buy foreign currency nor can they afford the rates charged at the parallel market, which is higher than the official rate.

“We see on social media; we are worried that some schools have decided to come up with their own policy which is not Government policy.  We call upon all parents and school heads to make sure that they accept payments in either foreign currency or local currency,” said Minister of Primary and Secondary Education, Dr Evelyn Ndlovu, said at the Senate recently.

Her response was motivated by senators who lamented children were losing out, including those in examination classes.

“What is the Government doing because the Hon. Minister has just articulated the policy but already children are suffering and we cannot reverse that suffering once that happens because they are suffering from an illegality which is being perpetrated in our government institutions?” asked Dr Tichinani Mavetera of Masvingo.

The education minister acknowledged that the ministry was failing to rein in some of the schools, which is why it engaged ZACC for reinforcement.

“… illegality is a challenge in this country, I am sure and we are all aware of the issue of the black market; we have been trying as Government to address that issue but schools continue to break the law,” Dr Ndlovu said.

Dr Ndlovu added the government was trying to fight the parallel market, which affects prices of services.

“As Government, we are in trouble in terms of the black market.  It is similar to what is happening in schools and I call upon all our people to resist these people who break the law and report them to the Anti-Corruption Commission,” said the education minister.

Dr Mavetera was, however, unconvinced by the education minister’s response, as he asked how ZACC came in to protect children who were denied service.

“How would the Anti-Corruption Commission respond to this practice which is happening in our schools? My question is, parents can afford to pay in local currency but schools have divided their fees into half foreign and half local currency and parents have no access to foreign currency,” said the senator.

“They are not being paid enough to pay for that and our children are now being denied access to lessons because they have not fulfilled that second portion of foreign currency.  Does that amount to an illegality? I was of the opinion that the Minister should be very clear to the nation that is it the duty of the Anti-Corruption Commission or the Minister should make sure she brings order to her ministry which she is superintending?”

In her response, Dr Ndlovu said the education ministry had no police force to enforce government policy.

“I think the Senator should bear with me that I have no police force in my Ministry to enforce that policy. Police force resides in another Ministry,” she said.

“I am serving the nation. When he (Dr Mavetera) started his question, he said I am not serving the nation. I think I have given myself 100 percent to the nation to make sure I serve the nation as per my mandate from the President. The Anti-Corruption Commission works with the Police.  If we raise issues, they also come in because that is part of their duty.  I think the Hon. Senator can advise me on the methodology that we can use.  It is an instrument or police that can enforce that.” 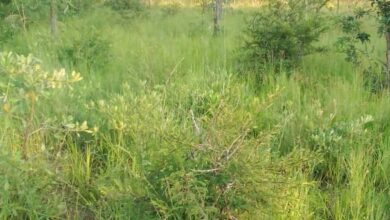