The Matabeleland Institute for Human Rights (MIHR) has petitioned the Zimbabwe Broadcasting Corporation (ZBC) to provide fair coverage to all the political parties and their candidates that are contesting in the March-26 by-elections.

Opposition parties have decried the lack of access to state media ahead of the by-elections while favouring the ruling -Zanu PF where almost every day the party appears on national television.

In light of this glaring  ‘unfairness’ MIHR write to the ZBC requesting to be furnished with information on how the broadcaster would cover all the participating by-elections while ZBC, in its response, said it was aware of its duty, as it was communicated to them by the Zimbabwe Electoral Commission (ZEC).

“Mindful of the centrality of the media, especially the public media is fulfilling the human rights in this instance freedom of expression freedom of the media and political rights through information dissemination and reaching out to millions of Zimbabweans with content and information,” read the letter written by MIHR Coordinator, Khumbulani Maphosa.

“Bearing in mind that the public media is duty bound to comply with the Constitution in terms of its coverage of different political parties and interests. The Zimbabwe Electoral Act also states how the media should conduct itself during elections.”

Maphosa highlighted that conscious of the High Court of Zimbabwe judgement of 2019 read together with recommendations of various local and international observer missions (such as the African Union Election Observer Mission, the SADC Electoral Observer Mission and the EU Election Observer) on how the public media (ZBC and Zimpapers) should fairly cover the country’s elections following the conclusion of the 2018 harmonised election.

“Cognisant of Section 62 of the Constitution of Zimbabwe on access to information, MIHR, therefore, wishes to request your office to furnish us with the following critical information which we need for the interest of public accountability: What plans has ZBC put in place to make sure fair coverage of all political parties and political party candidates for both parliamentary and local authority by-elections? How much airplay has ZBC created for parliamentary candidates and for local authority candidates?

How is ZBC going to make sure fair regional coverage of both parliamentary and local authority candidates and political parties in all the provinces of Zimbabwe where by-elections will be conducted?

“We are asking for this information in the interest of public accountability as stipulated in Section 62 (1) of the Constitution of Zimbabwe,” MIHR requested.

“We wish to advise that the ZEC, being a regulator, has already communicated to us what is legally required of the public broadcaster in line with the provisions of the Constitution of Zimbabwe. I hope this in some way allays your concerns and puts the matter to rest,” she said. 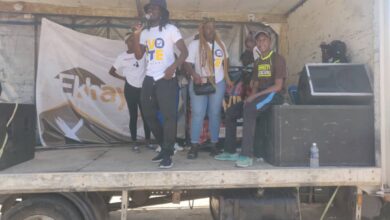