The department of Social Development in Matabeleland North province is searching for a 20-year-old mentally disturbed returnee who escaped from Encore Budget quarantine centre a fortnight ago.

Tatenda Makaranje, whose contact address is not known, escaped from the quarantine centre on September 12 at night after reportedly vandalising the facility’s windows.

Social Development Officer Macnon Chirinzepi told Cite that due to his mental condition, they have not been able to trace and apprehend him.

He was a returnee coming from Botswana.

Chirinzepi, however, said he had been tested and his Covid-19 results had come out negative.

He said they wanted to assist Makaranje to locate his family while still at the facility.

The province since inception of quarantine centres has received additional two inmates with a similar condition from South Africa and Namibia and were assisted to trace their families.

Other disability returnees received at the facilities had either speech and hearing impairment, stunted growth and physical disability.

Chirinzepi said they are still searching for other 15 returnees who absconded from Lupane State University and Mabhikwa Secondary School facilities in May. 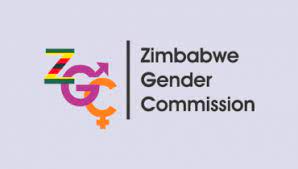