Police in Bulawayo Tuesday arrested MDC-T Bulawayo Provincial Chairman Gift and 11 other party members were arrested on charges of orchestrating the violence that took place at the party`s provincial offices on Sunday.

A group of party youths allegedly led by Banda, who is also, the city`s deputy mayor, besieged the party offices and disrupted a meeting which was being presided over by under fire Vice President Thokozani Khupe.

The twelve who are being represented by Dumisani Dube of Mathonsi Law Chambers are being charged with contravening section 36(1) of the criminal law Codification and Reform Act.

“I can confirm that Banda and 11 others were arrested and are currently detained at the Bulawayo Law and Order section,” he said.

According to Dube, his clients gave their warned and cautioned statements.

“…admit having been informed by D/Sgt Moyo of CID Law and Order Bulawayo that enquiries are being made in connection with a case of Public Violence as defined in Section 35 of the Criminal Law Codification and Reform Act which occurred on the 4th of March 2018 at MDC-T offices situated along Fort Street, between 2nd and 3rdAvenue , Bulawayo where it is alleged that myself in the company of MDC-T members connived to disturbed a meeting which was being held at MDC-T Offices…,” read by of the warned and cautioned statement issued by MDC-T Bulawayo Provincial Youth chairperson, Mlandu Ncube.

In a statement, the party`s provincial spokesperson Felix Mafa Sibanda confirmed the arrests.

“We the MDC are calling fair litigation and there should be no fear or favour regardless one’s political affiliation, said Sibanda.

Warned and cautioned statement for councilor Mlandu Ncube one of the accused“ It is on record that our members now being persecuted were the first to report to the same charge office against Abedinico Bhebhe and his cabal”. 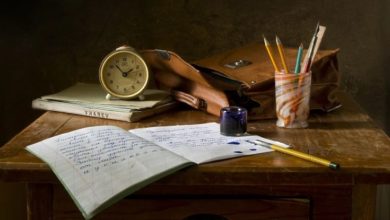