WFP in partnership with DanChurch Aid is currently assisting 36 000 food-insecure urbanites in the Mzilikazi and Phelandaba districts of Bulawayo.

“Firstly, geographic targeting is based on findings of the annual Urban Livelihoods Assessment (ZimVAC) report, whereby WFP prioritizes the domains listed as the most food insecure for assistance. Within each domain, WFP identifies the most vulnerable urban areas, or food insecurity ‘hotspots’, in consultation with government and community stakeholders. Once hotspots are identified, WFP conducts a household survey in each domain to come up with a ‘Vulnerability Score’ for each household. Households are then ranked according to their score and those deemed most vulnerable are prioritised for assistance and enrolled into WFP’s Urban Food Security and Resilience Building Programme.

However, some of the vulnerable residents in Mzilikazi and Phelandaba have raised concern that they are yet to benefit from the programme.

“Since losing my job in 2015, I have struggled to fend for my children. COVID-19 lockdowns made the situation worse, as I also lost my only source of livelihood after losing my job, vending.”

Despite WFP laying out an elaborate, inclusive and human rights-based approach in the process of identifying beneficiaries by prioritising older persons, child-headed households, persons with disabilities and women caring for children and orphans, residents of Mzilikazi and Phelandaba districts still claimed exclusion.

Lista Nguni (78) of Thokozani Flats in Mzilikazi suburb who has two minors under her care, said that she spends most of her time at home and WFP enumerators are yet to visit her home.

“Through rumour, I heard that WFP enumerators will be visiting homes in Mzilikazi suburb between 09 – 15 May [2021] and I spent those days at home awaiting their visit,” said Nguni.

“Since then, till today no one from WFP has ever visited my home to assess my eligibility to benefit from the programme.”

In its investigations, CITE also spoke to residents who are current beneficiaries of the WFP cash-based assistance who claim to have last received assistance in April 2021 and were not aware as to when the programme will resume again.

Moyo’s sentiments were echoed by Melka Nyoni (72) a widowed pensioner with four minors under her care.

“This initiative (WFP cash-based assistance programme) has been of immense benefit to me and the orphaned grandchildren that I take care of,” said Nyoni.

“The abrupt discontinuation of the programme means that I have to beg for food donations from neighbours and do menial domestic labour to fend for the family.”

WFP Zimbabwe acknowledged that disbursements were temporarily put on hold for the month of May 2021 and are set to resume in June 2021.

“WFP has not discontinued urban assistance in Mzilikazi or Pelandaba,” said Zaidi.

“I only received my e-voucher card, six months after other beneficiaries had started receiving assistance,” said Phillip Ndlovu.

“I suspect that those who are responsible for distributing the e-voucher cards deliberately held on to them and were corruptly redeeming them.”

In response, the WFP said that in the initial stages, the programme was implemented in a staggered phase owing to limited resources.

“E-voucher cards were not withheld from residents,” said Zaidi.

“Rather, in January 2020 when the programme began, WFP faced significant resource constraints and was only able to support 20,000 people in Mzilikazi. Once additional funding was received in August 2020, WFP was able to support an additional 11,000 people in Mzilikazi and 5,000 others in Pelandaba. All those registered during the January 2020 survey were never guaranteed assistance, as WFP prioritizes the most vulnerable households in line with the resources it has in hand.”

According to the 2020 Urban ZimVAC report, 2.4 million urbanites in Zimbabwe are food insecure. This figure represents almost half of Zimbabwe’s total urban population.

A household income survey conducted by the World Bank and the Zimbabwe National Statistics Agency (ZimStat) in 2020 to assess the socio-economic impact of COVID-19 concluded that urban households were severely impacted by COVID-19 resulting in loss of sources of livelihood and food insecurity.

WFP is currently providing food assistance to over 320 000 people in Zimbabwe. 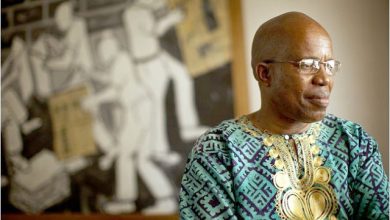 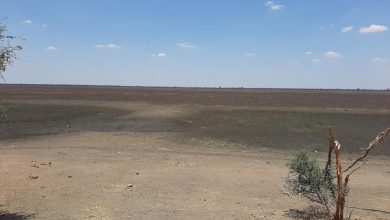