Lawyers representing the MDC-T have sought an application to postpone the urgent chamber application filed by former national organising secretary, Abednico Bhebhe, who wanted to stop the party from holding its Extra-Ordinary Congress this Saturday.

MDC-T is set to hold its Extra-Ordinary Congress this weekend to elect a president to take over after the death of Morgan Tsvangirai as dictated by the Supreme Court ruling.

This development pours ice on Bhebhe’s application as Judge Christopher Dube Banda, who presided over the matter at the Bulawayo High Court Wednesday, granted the respondents’ request until they have enough time to got through the case.

In an interview with Journalists after the case was heard at the Bulawayo High Court, Wednesday, Bhebhe’s legal counsel, Nqobani Sithole from Ncube Attorneys said they would have to explore plan B to have their matter heard before the congress.

Sithole said he and his client had taken into cognisance that by the time all these processes happened the MDC-T congress would have taken place.

“Our client is confident there is plan B and we have discussed it in length and we will spring something new,” said the lawyer.

In turn, Bhebhe said he would  abide by what the court said but “actually” make sure his case is legally corrected.

Bhebhe, expelled on allegations of “grossly violating the Constitution of the party by supporting another political party other than the MDC-T,” filed an urgent chamber application on December 11, 2020 to stop the extra ordinary congress from proceeding.

He wanted the High Court to first determine the legality of his expulsion before the elective extra ordinary congress and in his urgent application, cited the party’s acting president, Thokozani Khupe as the first respondent, the party’s chairperson Morgan Komichi as the second respondent while MDC-T party is the third respondent. 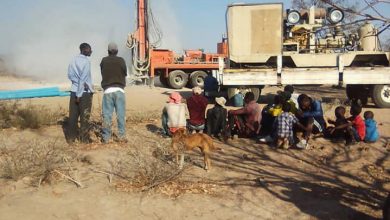