Expelled former MDC-T National Organising Secretary, Abednico Bhebhe has filed an urgent application at the Bulawayo High Court in an attempt to stop the party’s extraordinary congress, set for this Saturday in Harare.

Bhebhe said on November 13, 2020 under case cover HC 1973/20 he filed an application for review at the High Court seeking his suspension from his position as National Organising Secretary of MDC-T by Khupe via a letter dated November 29, 2020 be reviewed, declared unlawful and set aside.

Before that, Bhebhe said he wrote to Khupe on November 4, 2020, asking for his suspension to be lifted due to some irregularities and was allowed to remain an ordinary card carrying party member.

Bhebhe states while this matter was ongoing, he received a call on November 30, from his lawyers that they had a letter from Khupe confirming she had formally expelled him from MDC-T.

The party expelled him citing allegations of “grossly violating the Constitution of the party by supporting another political party other than the MDC-T”.

“It became necessary for me to seek to review both my suspension and my expulsion. Thus on December 10, 2020 under cover of HC 2119/20 I applied to have both my suspension and subsequent expulsion without my having been heard reviewed and set aside,” said Bhebhe who wants the High Court to first determine the legality of his expulsion before MDC-T holds the extra ordinary congress.

Bhebhe argued if MDC-T proceeded with its plans to hold the congress, its outcome would likely to be disputed.

Bhebhe is represented by Ncube Attorneys and the respondents are yet to respond to his urgent application .

Responding to questions on Bhebhe`s suspension from Bulawayo journalists at the Media Centre, Monday, MDC-T secretary-general, Mwonzora defended his party’s stance saying due process was done and Bhebhe was suspended first before being expelled.

“I’m sure you are aware of his famous affidavit in the court and you must also be aware of certain things that he had done. He was then expelled in terms of the constitution of the party after his suspension, challenged it in the courts and that challenge is pending. I think that it has been overtaken by events as he has not challenged his expulsion,” he said.

The secretary general claimed Bhebhe was not nominated to contest for presidency as fresh nominations excluded him.

“He did take part in the nomination that was nullified, which took place in Bulawayo. He did not win that nomination but when the nominations done at the National Council level he was not nominated and so on. So the circumstances of his expulsion were in terms of the constitution, which he has challenged per his democratic right and we await the decision of the courts,” Mwonzora said. 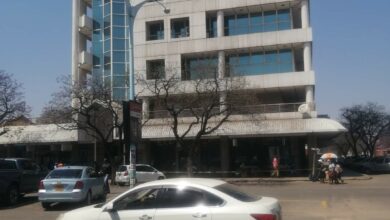