MDC deputy treasurer Charlton Hwende has threatened to sue The Sunday Mail newspaper over an article which appeared in the state-owned publication which he alleges is defamatory to his character.

The legislator, through his lawyers Atherstone and Cook legal practitioners on Thursday wrote to the publication demanding a retraction of the article which appeared in the February 3 edition of the paper.

In the letter, Hwende challenged the article which he said was “inaccurate and defamatory”.

“Without any provocation, The Sunday Mail refers to our client as a ‘garrulous parliamentarian’.That pejorative description of Honourable Hwende obviously lowers his character and dignity, and cannot go unchallenged,” the lawyers wrote.

“The article goes on to allege that the Constituency that our client represents in the Parliament of Zimbabwe that is Kuwadzana East “was at the centre of the recent MDC-Alliance organised violent riots”.

Hwende further said, “in the Kuwadzana East constituency, not a single shop was looted or destroyed during the recent national stay away, and there is no justification for The Sunday Mail or any other person to attribute any violence that might have been witnessed in the recent stay away to the MDC-Alliance as a party”.

The legislator also said that the publication`s allegations that he was a “known sponsor of the notorious Vanguard – the MDC’s paramilitary wing” was highly detestable.

The lawyers argued that the article “has resulted in malicious injury to Honourable Hwende`s reputation, dignity and was written with a malicious motivation, and in breach of the ethical standards of journalism and it flies in the face of good practice of journalism”.

Hwende demanded a retraction of the article and that the said article is pulled down from the website and an apology within the next ten days.

If there is no response, Hwende noted that he will institute with legal proceedings against the publication. 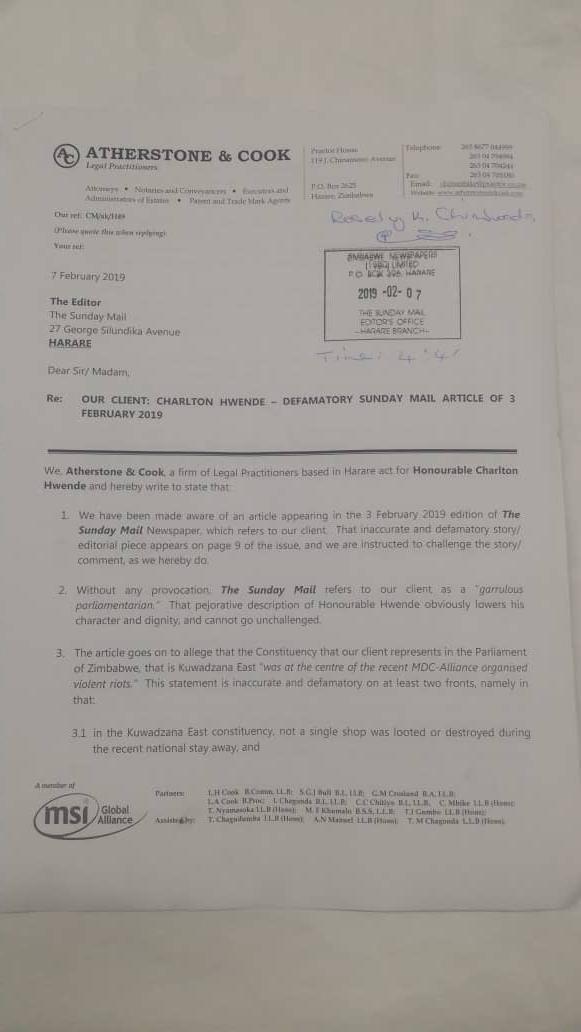 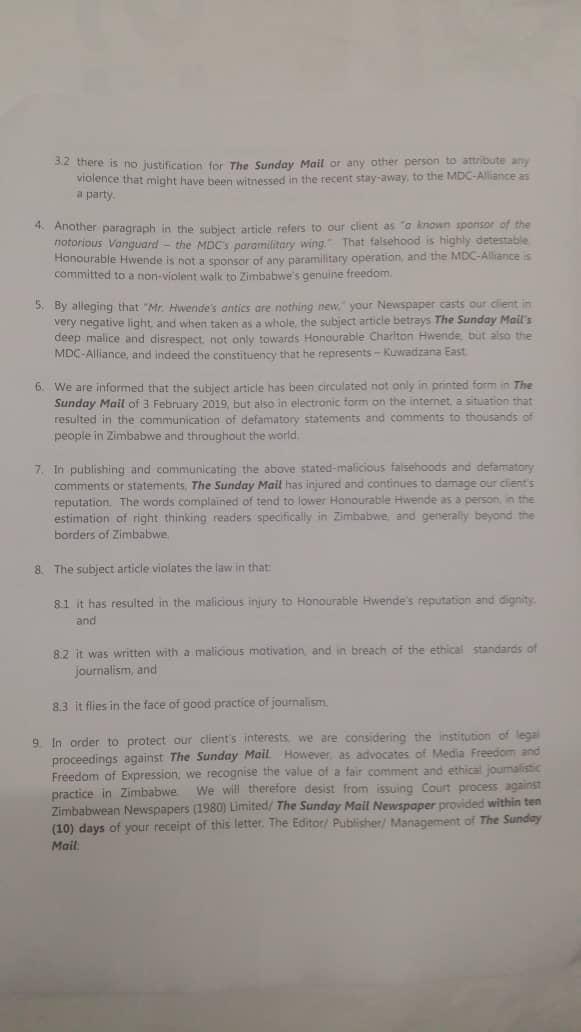 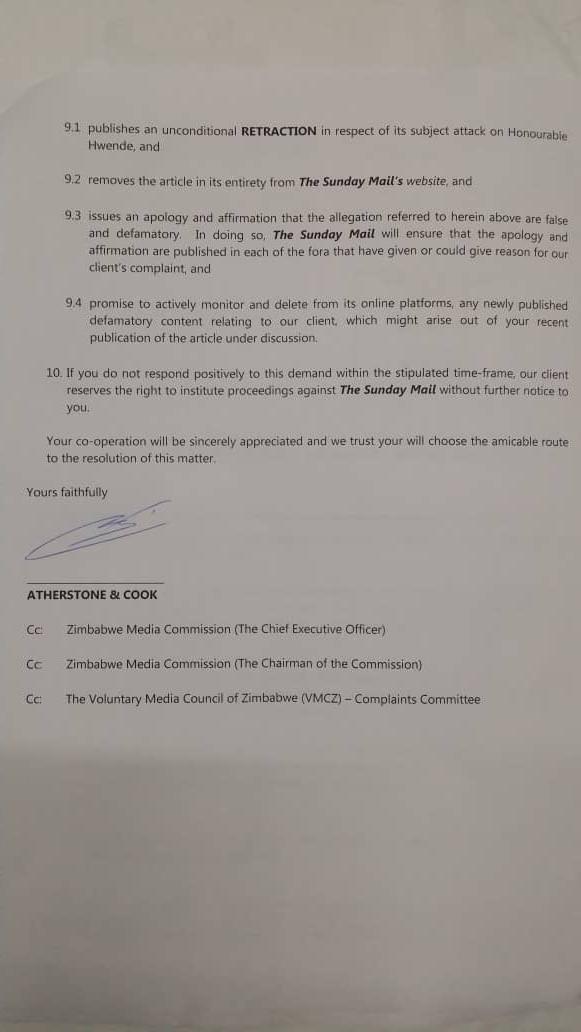