Bulawayo residents have bemoaned the slow pace in the processing of national documents at the registrar general office amid reports that they are serving 20 people a day due to a shortage of consumables.

CITE this week visited the provincial registrar office where it witnessed some people being turned away.

Butho Ndiweni said he has been going to the office to apply for a new national identity document for a week without any luck.

“I have spent the whole week going to the registrar general offices to apply for an ID but I have been turned away as the officers turn us away saying they only serve 20 people a day,” said Ndiweni.

“They will tell you to come on a certain day but when you come on that day, you are not served. It is frustrating.”

Another resident, Siphathekile Ndlovu, also expressed his frustration in the process adding that he is desperate to get his ID so he can apply for a driver`s licence.

“I have been queuing here since last week on Thursday but until now I have not been able to get my ID,” he told CITE.

The desperate residents have become prey to some conmen who promise to assist them to process their documents for a facilitation fee of up to R200.

“There are some people who roam around the offices targeting desperate people and promise to assist them to secure their documents for a fee of R200,” said Ndlovu.

“All those they issue IDs but because of constraints in resources that we have been having we actually limited to a certain number and as for Bulawayo District itself we serve more than 80 a day for this office only (sic),” she told CITE.

She added that the situation is temporary as they are experiencing an increased number of people seeking their services as it is now the festive season.

“It is a temporary thing, right now this week there is some madness that is going on and we do not know what it is all about and we can’t help that (sic),” said Mrs Peters.

“The fact is that as it is you get up the whole yard is full of people, resources are limited and do you know how many people are serving those people two officers serving the 80(sic).”

When asked to comment about the new passport prices circulating on social media she dismissed them as fake saying the government uses proper channels to communicate policy changes.

“I do not know what do you understand about government fees are they announced on social media have you seen them on a government gazette or treasury instruction or anything so (sic),” she told CITE. 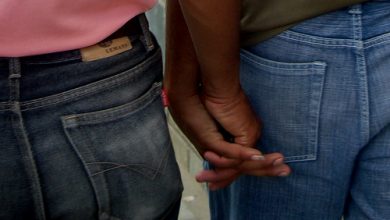