MATOBO villagers have accused the District Development Fund (DDF) of being responsible for the missing 300 cement bags which have stalled the construction of the Mambale bridge.

The cement went missing last year which has affected the construction of the bridge on Simukwe river which links Mambale in Mangwe and Kezi.

DDF Matabeleland South provincial coordinator Moment Malandu told CITE last week that they are currently ceased with the matter and the police are in the process of investigating the theft.

However, villagers have pointed fingers at DDF officials, accusing them of having a hand in the disappearance of the cement.

“When it was discovered that the cement had been stolen, I was at Maphisa Rural District Council in a meeting. I received a message from a local villager informing me that one of the DDF representatives had stolen the cement and sold it,” said Beula ward 5 Councillor Madalaboy Ndebele.

Councillor Ndebele said it was later discovered that the cement had been used to construct a store belonging to a local businessman.

“I am not even sure what is holding up on the matter but my concern is the DDF, they know that their guy stole our cement but they want us to be giving more information while they are seated in their offices,” said Cllr Ndebele.

In addition, Headman Matenga under Chief Bhangu said there were shocked to hear that the cement had disappeared.

“The villagers together with DDF were working on the bridge, so it happened that the supervisor who was monitoring the bridge left two other people in charge. The one who reported that the cement was stolen says he only found the cement already gone when he got to the site,” he said.

“But we know that when someone is assigned as a guard there is something that we call the handover-takeover, those books must show that he left how many bags of cement before tasking the two guards, all that was supposed to be the role of DDF but we don’t know how they are operating.

Headman Matenga said as villagers they were hoping to get assistance so that they can recover the lost cement and move forward with the construction of the bridge.

He added that the bridge will be a great development when finished as it connects the two districts of Mangwe and Kezi.

Contacted for a comment, Malandu said they are currently conducting internal investigations to get to the bottom of the matter.

“As DDF we are also doing our internal investigations and I wouldn’t like to reveal what we have found out due to official secrecy, but those people should go to the police because they want that evidence” 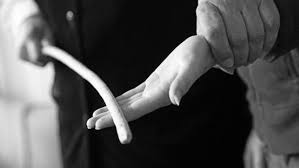 Zimbabweans against ban on corporal punishment at schools